NASA astronaut to speak as part of Space Week Nov. 4 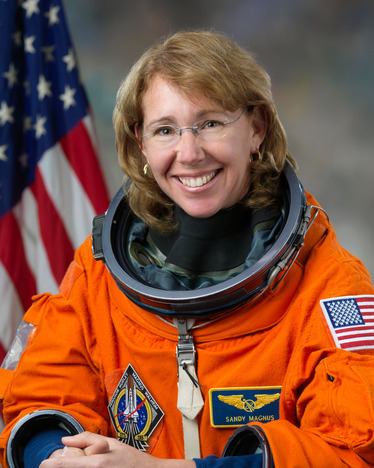 Dr. Sandra Magnus will speak on the Missouri S&T campus on Monday, March 7. Photo by NASA. 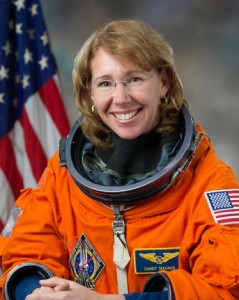 Dr. Sandra Magnus, executive director of the American Institute of Aeronautics and Astronautics and former NASA astronaut, will speak about space-related topics as part of Missouri University of Science and Technology’s Space Week.

Magnus, who made three space shuttle voyages with NASA, will speak at 6 p.m. Friday, Nov. 4, in Room 140 Toomey Hall. The event is free and open to the public.

The talk is a part of Space Week, a week of space-themed events hosted by various clubs, groups and teams at Missouri S&T.

Magnus was aboard Atlantis for the last flight of the program in July of 2011, one of the final four astronauts to orbit the Earth in a space shuttle. Magnus made two trips to the International Space Station. In 2008-09, she spent more than four months on the ISS. During that time, she traveled 50,304,000 miles and blogged about the experience.

— Screening of “October Sky” 6 p.m. Thursday, Nov. 3, in the Missouri-Ozark Room of the Havener Center.