The history and political science department at Missouri University of Science and Technology is sponsoring a Constitution Day celebration at noon Friday, Sept. 16, in St. Pat’s Ballroom C of the Havener Center on the Missouri S&T campus. The event is free and open to the public.

Sept. 17 was designated as Constitution Day by the United States Congress to commemorate the signing of the Constitution on Sept. 17, 1787.

Dr. David Robertson, Curators’ Teaching Professor of political science at the University of Missouri-St. Louis (UMSL) and the 2016 Maxwell C. Weiner Distinguished Professor of Humanities at Missouri S&T, will present a keynote address titled “The Original Compromise: What the Framers were Really Thinking.”

Robertson is a renowned U.S. political analyst whose specializations include American economic, social and environmental policy; labor market policy; American politics and public policy; and political and policy history. He has published five books on these topics, including “The Original Compromise: What the Constitution’s Framers Were Thinking,” published in 2013 by Oxford University Press. 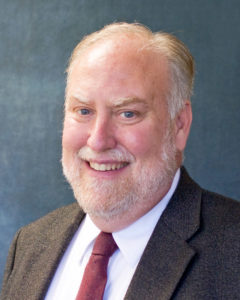 Robertson earned his Ph.D. in political science from Indiana University-Bloomington in 1981. He has served on the UMSL faculty in various positions since 1983, including assistant, associate and full professor, director of graduate studies, and chair of the political science department. Prior to joining UMSL, Robertson was an assistant professor at the University of Texas-San Antonio.

On September 13, 2016. Posted in College of Arts, Sciences, and Business, Department of History and Political Science, Events, Featured