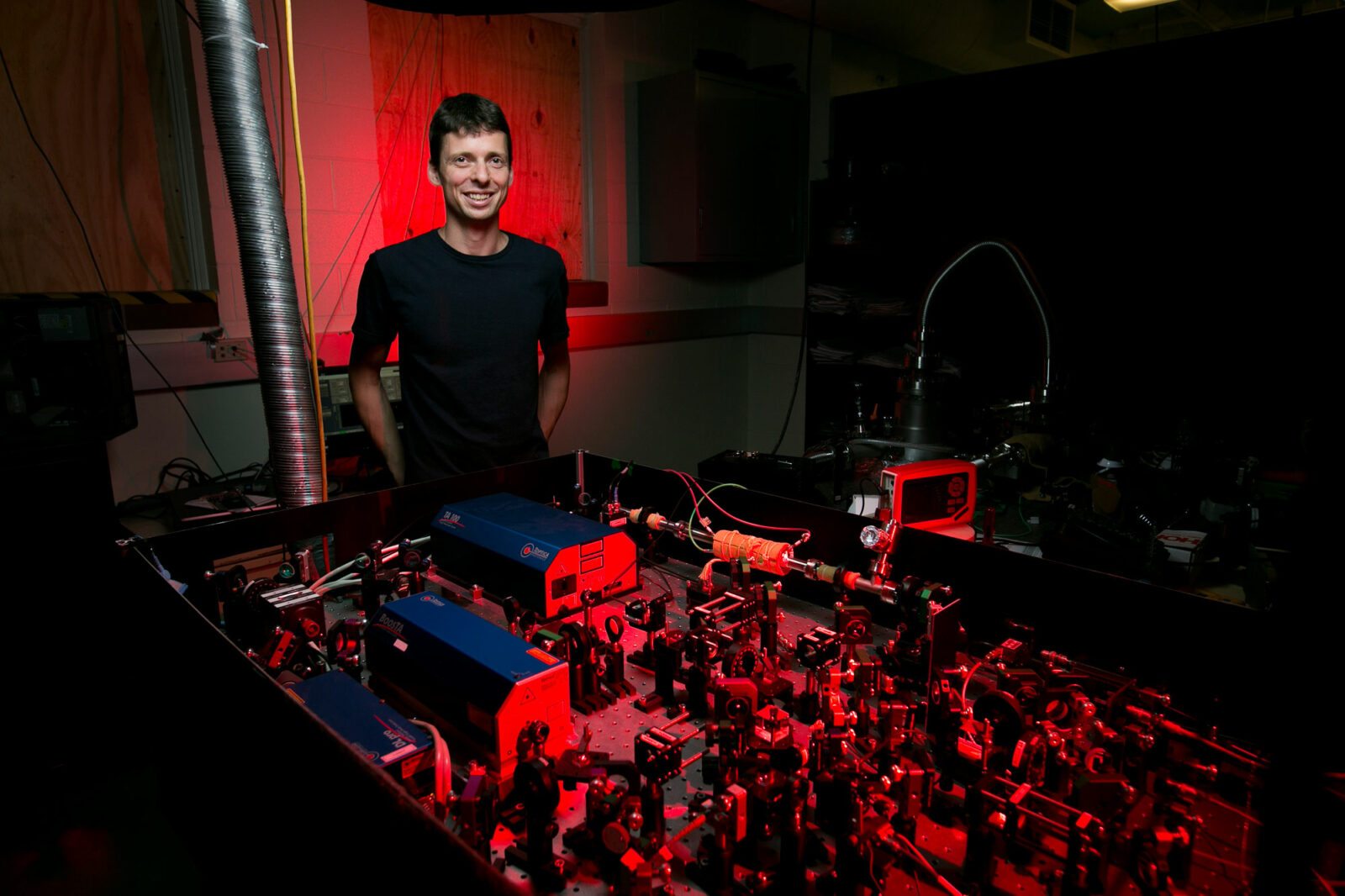 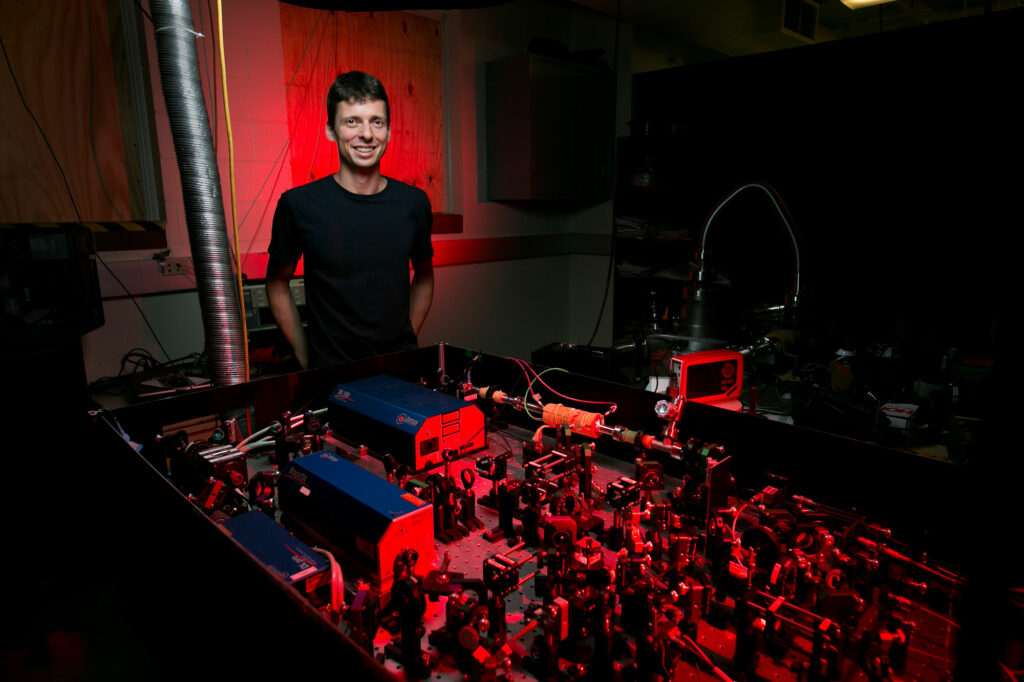 By laser-cooling atoms and studying their movements, a Missouri University of Science and Technology researcher hopes to better understand how atoms and their components are affected and directed by environmental factors.

In a custom-built vacuum chamber, Fischer manipulates lithium atoms by trapping them with laser beams in a magnetic field. He then ionizes them with different lasers in a process by which atoms become positively charged due to the absorption of light. With a high-resolution momentum microscope, he measures the atoms’ velocities and distances, and tests their motion for a large variety of initial states.

“It can be extremely challenging to predict the motion of three or more particles due to their mutual forces,” explains Fischer. “This complex interplay of several particles requires a combination of theoretical and experimental research, because such systems cannot be fully described by mathematical expressions alone.”

His tests range from timing the ionization of single atoms to the measurement of energy interchange between atoms in larger groups that are laser-cooled to a temperature just above absolute zero. By doing so, Fischer works to help unravel the “few-body problem” that continues to confound the world of physics.

“These few-body problems have both fundamental and technological relevance for the future,” he says. “For example, if you destroy a cancerous cell in a body, the destruction of the genetic material is not only driven by their direct absorption of radiation but also by the interaction with nearby molecules and surrounding liquids. By understanding how the atoms of these cells share the absorbed energy, we could better control localized treatments.”

Other fields that would be impacted by few-body prediction are materials science, quantum chemistry, biological science and information processing, says Fischer.