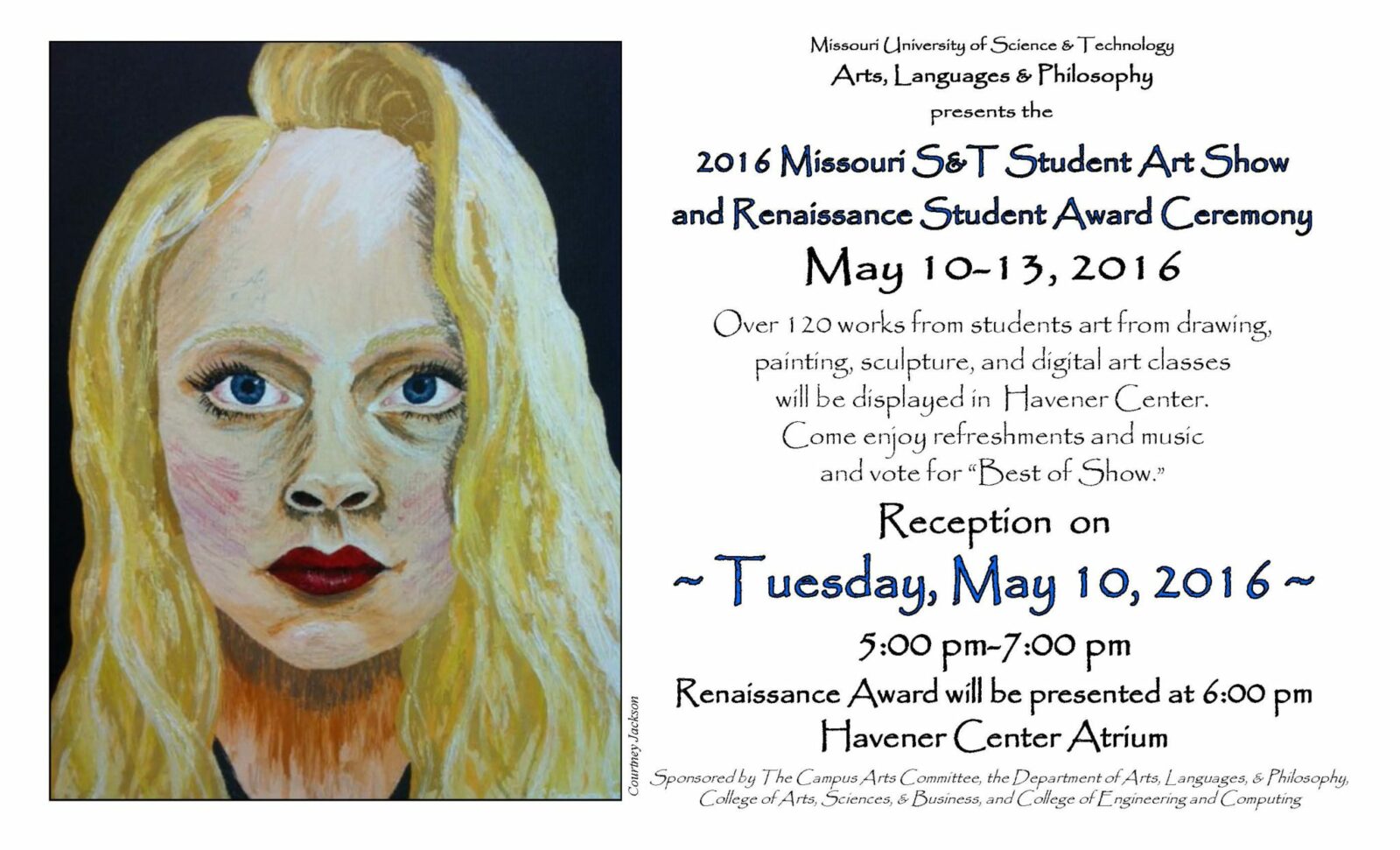 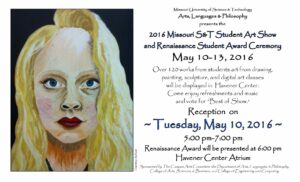 Over 120 works of art created by students at Missouri University of Science and Technology will be on display May 10-12, in the Havener Center as part of the 12th annual Student Art Show.

A reception to honor the work of the students will be held 5-7 p.m. Tuesday, May 10, in the atrium of the Havener Center on the S&T campus. Refreshments will be served. This event is free and open to the public.

Attendees will be invited to cast their vote for “Best of Show” and respond in writing to works pertaining to social commentary. Paintings, drawings, multi-media and sculpture pieces will be on display, representing eight art courses offered on campus.

“Part of the mission of this award is to celebrate the achievements of students who not only excel in their fields, but who have developed themselves in many creative and inventive ways while here at S&T,” says Lucille Myers, assistant teaching professor in arts, languages, and philosophy at Missouri S&T.

The reception is sponsored by the Campus Arts Committee, the arts, languages, and philosophy department, the College of Arts, Sciences, and Business, and the College of Engineering and Computing.

On May 5, 2016. Posted in College of Arts, Sciences, and Business, Department of Arts, Languages and Philosophy, Events, Featured