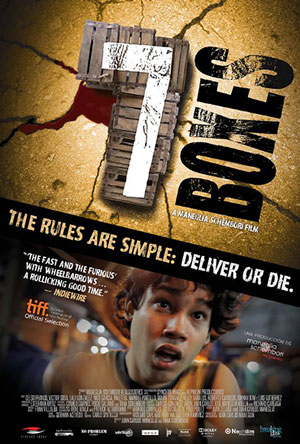 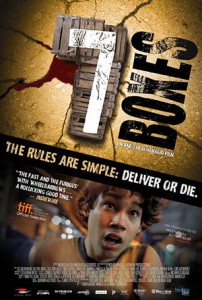 The fourth film in the Hispanic Film Series offered by the Missouri University of Science and Technology arts, languages, and philosophy department is the thriller 7 Boxes, a Spanish and Guarani language film with English subtitles.

The film begins at 7 p.m. Friday, April 8, in Room 104 Physics Building on the S&T campus. The event is free of charge.

Released in 2012 and produced in Paraguay, “7 Boxes” follows the story of 17-year-old delivery boy named Victor. He is asked to transport seven boxes of unknown contents in exchange for half of a ripped $100 bill. Once he has delivered all seven boxes, he will receive the other half of the bill. With a borrowed cell phone his contractor will use to track his progress, he sets off to make his deliveries. However, as night falls, Victor realizes he is now an accomplice to a dangerous crime.

“This film is a thriller with suspense that will have you gripping your chair,” says Dr. Jorge Porcel, associate professor of arts, languages, and philosophy at S&T and organizer of the Hispanic Film Series. “The movie is interestingly multilingual, a reality that Paraguay has known for centuries since Guarani, an Amerindian language, is as widely used as Spanish in the capital city, Asunción. In addition to Guarani and Spanish, Korean is also spoken in the film. ‘7 Boxes,’ is a surprisingly well-done movie, produced in Paraguay, a country whose film industry is not internationally known. It was declared a film of cultural interest by the National Secretary of Culture of Paraguay.”

The next film in the series, Paradise, will be screened at 7 p.m. Friday, April 29. For more information about the Hispanic Film Series, contact Porcel at porcelj@mst.edu or call 573-341-4869.

On March 29, 2016. Posted in College of Arts, Sciences, and Business, Department of Arts, Languages and Philosophy, Events, Featured