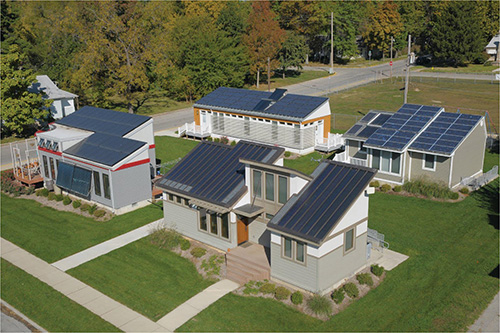 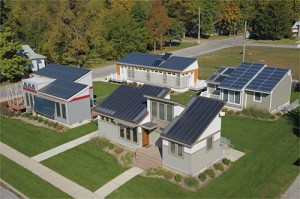 Missouri University of Science and Technology has been selected to compete in the 2017 Solar Decathlon, the U.S. Department of Energy (DOE) recently announced. Missouri S&T is one of 16 teams selected from around the world.

Missouri S&T’s proposal is titled “SILO,” which stands for Smart Innovative Living Oasis. The project will use innovative technology combined with a psychological focus to make a house suited for single or double occupancy. The team will concentrate its efforts on designing a home that can improve both the mental and physical health of residents.

Missouri S&T has built six solar houses for previous competitions – more than any other university.

In fall 2017, the team will ship its house to the contest site, which will be announced soon by the DOE, where it will then be reassembled. The house will be evaluated by judges in 10 categories, which range from simple comforts like hot water and working appliances to architecture and marketability.

Student teams will showcase their solar-powered houses to the public at the competition site. They will demonstrate renewable energy systems and energy-efficient technologies, products and appliances that are already available to help them save homeowners money by saving energy. The selected teams and their proposed projects will represent a range of design approaches, building technologies, target markets, geographic locations, climates and regions.