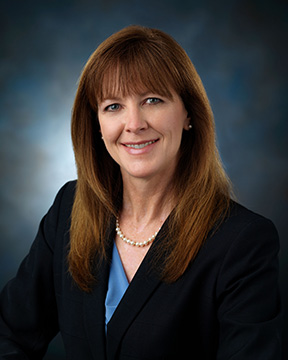 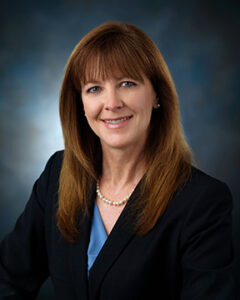 Dr. Janet L. Kavandi, deputy director at NASA’s Glenn Research Center and a NASA astronaut, shared lessons she learned during her three space flights as part of commencement ceremonies at Missouri University of Science and Technology on Saturday, Dec. 19.

In her commencement address, Kavandi challenged Missouri S&T graduates to be open to new information and to always consider new possibilities.

“Life is full of mysteries and complexities,” Kavandi said. “Just when we think we understand one thing, we learn something new that causes us to rethink what we believed that we understood. New discoveries are made every day. Some of you will make them.”

Kavandi described the experience of looking out the window of the spacecraft as it flew all the way around the planet in 90 minutes. The crew, she said, was awestruck.

“As you travel through life and around the planet, remember to stop and experience special moments,” Kavandi said. “Appreciate your family and your friends. You will acquire lasting memories that carry you through the rest of your life. Take the time to really appreciate them.”

Kavandi serves as the deputy director at NASA’s Glenn Research Center. In this position, she shares with the center director responsibility for planning, organizing and managing the programs and projects assigned to the center. The Glenn staff consists of more than 3,200 civil service and support contractor employees and has an annual budget of approximately $581 million.

Prior to being named deputy director, Kavandi served as the deputy director of the Health and Human Performance Directorate at NASA’s Johnson Space Center in Houston, where she was responsible for the NASA flight surgeons and human research investigations on the International Space Station. She also served as both the director and deputy director of Flight Crew Operations at Johnson, where she was responsible for the Astronaut Corps and aircraft operations at Ellington Field near Johnson.

Kavandi was selected as an astronaut in December 1994. During her time in the Astronaut Office, she supported payload integration for the International Space Station, capsule communications and robotics, and served as deputy chief of the Astronaut Office. She is a veteran of three space flights, serving as a mission specialist on STS-91 in 1998, STS-99 in 2000, and STS-104 in 2001. Kavandi has logged more than 33 days in space, traveling more than 13.1 million miles in 535 Earth orbits.

She and her husband, John, have two children.

During commencement, Kavandi was awarded the doctor of science, honoris causa.