‘A Bug’s Life’ to show at Leach Theatre 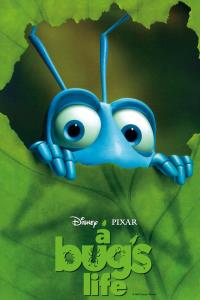 The second film in the Leach Theatre Family Film Series at Missouri University of Science and Technology will be shown this month.

The film begins at 11 a.m. Saturday, Nov. 21, in Leach Theatre, located in Missouri S&T’s Castleman Hall at 10th and Main streets in Rolla. Tickets are $3 and will be available for purchase at the Leach Theatre Box Office at 10 a.m. the day of the show.

“A Bug’s Life,” released in 2008 by Walt Disney Pictures and Pixar, follows misfit ant, Flik, who is looking for “warriors” to save his ant colony from greedy grasshoppers. Flik recruits a group of bugs to save his colony that turn out to be a circus troupe. But, together, they just may be able to save the colony.

For more information, please visit leachtheatre.mst.edu or call 573-341-4219. The next film in the series will be “How the Grinch Stole Christmas” on Saturday, Dec. 11.