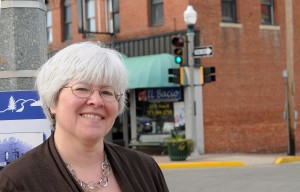 Professor Suzanna Long is one of two candidates to be named an American Society of Engineering Management Fellow this year. Each year, a maximum of five can be named Fellow.

Dr. Suzanna Long, interim chair and associate professor of engineering management and systems engineering at Missouri University of Science and Technology, has been named an American Society of Engineering Management Fellow, the society’s highest honor.

Candidates must have a minimum of eight years of continuous membership in ASEM with significant achievement in the field of engineering management in addition to distinguished service and contributions to the society.

Long is a former member of the ASEM board of directors and has served as chair of the technical program committee for the society’s international annual conference since 2013. Long received Franklin Woodbury and Meritorious Service Awards in 2015 and 2014, respectively. She is the president of the Society of Engineering Management Systems in the Institute of Industrial Engineers.