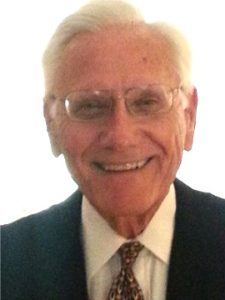 James L. Spehr, retired metallurgical engineer and alumnus of Missouri University of Science and Technology, will present a lecture in the seventh annual Dr. Thomas J. O’Keefe Lecture Series, presented by the Missouri S&T department of materials science and engineering.

Spehr’s presentation, “An Unexpected Career,” will be held at 3:30 p.m. Thursday, Oct. 22, in Planje Auditorium, 204 McNutt Hall. The lecture is free and open to the public.

Spehr earned bachelor of science and master of science degrees in metallurgical engineering from Missouri S&T in 1964 and 1969, respectively.

He spent his entire career working in the aerospace industry with McDonnell Douglas Corp., starting as a metallurgical engineer. Spehr progressed through numerous technical assignments, culminating in his assignment as vice president and general manager of the F-15 Eagle, F/A 18 Hornet and C17 Commercial Support projects.

Spehr’s lecture will reflect on how a metallurgical engineer rose to the position of vice president and general manager of major aerospace programs through previous assignments, opportunities and timing. Spehr also will talk about how participating in a co-op during his college days helped shape and was influential in his career achievements.

On October 6, 2015. Posted in Events, Featured, Materials Science and Engineering