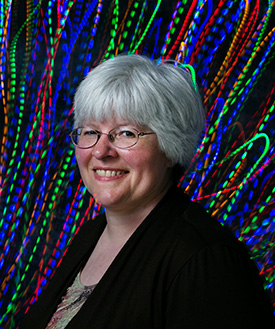 Dr. Suzanna Long, professor and chair of engineering management and systems engineering, was selected as an IISE fellow. 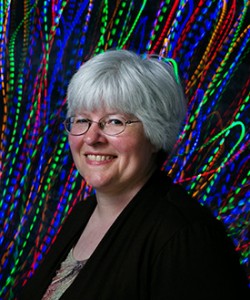 Long takes over for Dr. David Enke, who has served as chair of the department since 2012. Enke will step down as chair on June 30, but will remain on campus in a teaching and research capacity.

“I am grateful for Dr. Long’s willingness to lead her department during this transition,” says Dr. Ian Ferguson, vice provost and dean of the School of Engineering and Computing. “Her knowledge of this campus – her alma mater – combined with her leadership experience make her the ideal person to serve as interim chair.”

Before joining the Missouri S&T faculty, she served as director of continuing education at Pittsburg State University and head of the transportation-logistics area of the Plaster School of Business at Missouri Southern State University.

Long is currently president-elect of the Society for Engineering and Management Systems, a part of the Institute of Industrial Engineers. She will begin her term as president in the fall.

Enke, who earned a bachelor of science degree in electrical engineering, as well as master of science and Ph.D. degrees in engineering management from Missouri S&T, joined the S&T faculty in 2000 as an assistant professor. He was named associate professor in 2006. From 2007-11 he was the H. Michael and Laurie Krimbill Faculty Fellow of Finance at the University of Tulsa before returning to Missouri S&T in 2012.

“Dr. Enke has been an outstanding leader for engineering management and systems engineering and I am pleased that he will remain on the faculty,” Ferguson says. “Last fall, Dr. Enke approached me with his plan to stand down as department chair, but I asked him stay on through the end of the fiscal year. I thank him for agreeing to that request.”

“I am honored to follow Dr. Enke in this role,” says Long. “I’m thankful for his leadership and delighted that his wisdom and mentorship will remain available to the department.”

On May 7, 2015. Posted in Academics & Faculty, College of Engineering and Computing, Engineering Management and Systems Engineering, People