KMST recognizes Volunteer of the Year 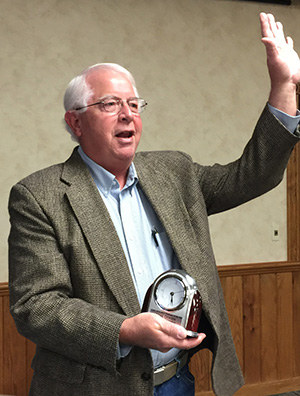 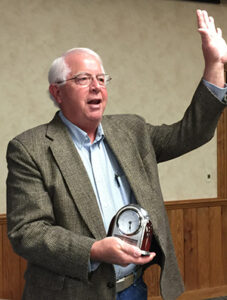 Missouri University of Science and Technology’s public radio station KMST honored Mike Doyen as Volunteer of the Year at the station’s annual Membership Reunion that was held April 23 at the Lions Club Den in Rolla.

KMST Station Manager John Francis thanked Doyen for his many years of work as the volunteer host of “Backyard Birder” and for his longtime service as a KMST volunteer.