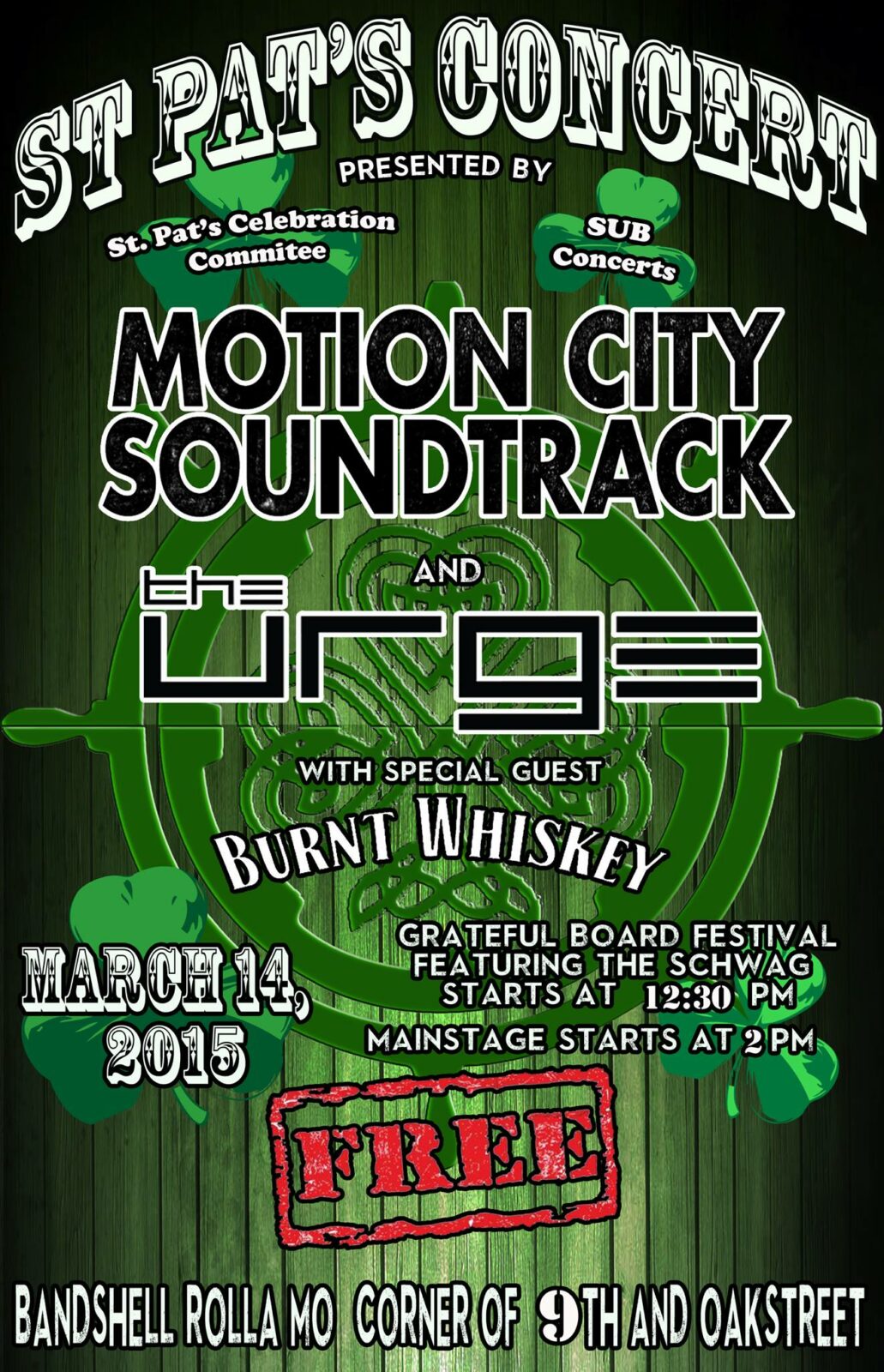 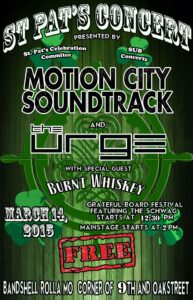 Alternative rock groups The Urge and Motion City Soundtrack will co-headline Missouri University of Science and Technology’s annual St. Pat’s concert. The concert, which is part of the Grateful Board festival, will end the university’s week-long celebration. The concert is free and open to the public.

Performances will begin at approximately 12:30 p.m. Saturday, March 14, at the Rolla Band Shell, located at the corner of 9th and Oak streets in downtown Rolla. The opening bands will be Burnt Whiskey and The Schwag.

The performances are part of Missouri S&T’s “Best Ever” St. Pat’s celebration, organized by the students of the St. Pat’s Committee. The campus celebration began in 1908, when a group of Rolla students declared that St. Patrick was the patron saint of engineers. St. Pat’s has grown to encompass a full week of events, as well as campus traditions that begin in early March. For more information about the events, visit stpats.mst.edu.