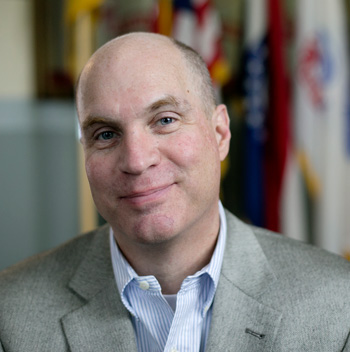 The University of Missouri Board of Curators bestows the Curators’ Professor title upon outstanding scholars with established reputations in their field of study. McManus is the first Missouri S&T faculty member in a humanities or social sciences field to be named Curators’ Professor.

An internationally recognized authority on U.S. military history, McManus is the author of 11 books on the subject. His latest book, The Dead and Those About to Die — D-Day: The Big Red One at Omaha Beach, was published in April 2014. From April through June, McManus traveled across the country on an invited speaking tour to discuss the book.

He received the 2012 Missouri Governor’s Award for Excellence in Teaching and was named the 2012 Research Fellow by the First Division Museum at Cantigny Park. In 2007, he was named to History News Network’s list of Top Young Historians and in 2008 he received the Missouri Conference on History Book Award for Alamo in the Ardennes: The Untold Story of the American Soldiers Who Made the Defense of Bastogne Possible.

On December 16, 2014. Posted in College of Arts, Sciences, and Business, Department of History and Political Science, People