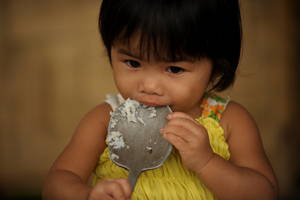 A new perspective on nutrition is needed, says Daniel Oerther, a Missouri S&T professor and delegate to the International Conference on Nutrition.

A new perspective on nutrition is needed, says Daniel Oerther, a Missouri S&T professor and delegate to the International Conference on Nutrition. (Photo via the Food and Agricultural Organization.)

As leaders from around the globe travel to Rome to convene for the Second International Conference on Nutrition, one of those delegates – Dr. Daniel Oerther of Missouri University of Science and Technology – points out that the world needs a new perspective on nutrition issues.

“Our historical view of nutrition has focused upon the starving child in Ethiopia,” says Oerther, the John A. and Susan Mathes Chair of Environmental Engineering at Missouri S&T. “Nutrition in the 21st century must keep focused upon those children, while also paying attention to the overweight child in rural Missouri.” 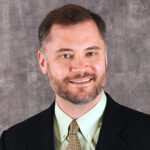 Oerther is currently on assignment with the U.S. State Department’s Office of Science and Technology as a Jefferson Science Fellow. In that role, Oerther serves as an advisor to the State Department and the U.S. Agency for International Development on matters related to environmental engineering and nutrition. He also was appointed by the State Department to serve as a delegate to the Second International Conference on Nutrition, which will be held in Rome Nov. 19-21 to address international nutrition issues. The conference is sponsored by the United Nations’ Food and Agricultural Organization.

The first International Conference on Nutrition was held in 1992. That conference resulted in the creation of “Millennium Development Goals” to eliminate poverty and hunger and improve living conditions worldwide. While much has been done toward those ambitious goals, much work remains to be done, Oerther says.

“From 1990 to 2010, we’ve helped to eliminate hunger for nearly two hundred million people globally, but today there are still more than 800 million people who are chronically undernourished,” Oerther says.

But malnutrition is not just an issue in developing nations, where poverty and hunger are high, Oerther says. A different type of malnutrition affects more affluent nations, such as the United States.

At the 2014 conference, delegates will focus on the goals of a new “post-2015” agenda to combat malnutrition and poverty. The social media hashtag #NutritionNovember is being used as a means to share information about the conference and related nutrition issues. Oerther plans to contribute to the conversation via his Twitter account, @DanielOerther.

At Missouri S&T, Oerther has conducted research related to nutrition issues. With his graduate student, Shreya Ghosh, and in collaboration with the University of Missouri-Columbia, he previously published research highlighting the link between almond seed oil and the potential to help control obesity. He was also instrumental in establishing the Rolla Community Garden located on the site of the Rolla Recycling Center.

Oerther also collaborated with Katelyn Denby, who earned her bachelor’s degree in environmental engineering in 2014, to create nutrition assistance programs in Rolla and in India as part of a study-abroad program and a Denby’s senior honors thesis.

“My work within Africa, Central America, and India has focused upon providing water, sanitation and hygiene so that illness can be prevented and nutritious food can be better utilized by the people living in developing countries,” Oerther says. “Wash and nutrition go hand-in-hand as a child who has diarrhea or worms in her belly can’t benefit from the local foods and often requires expensive-to-deliver supplements from aid agencies.”

Oerther currently works as a foreign affairs officer and senior science policy advisor in the U.S. Office of Global Food Security. In that role, he has written about nutrition issues on the State Department’s “Dipnote” blog. Most recently, he co-authored a post about the importance of food security for women, infants and children.

As a U.S. representative to the conference, Oerther will staff the U.S.-sponsored side event at the meeting, “Targets and accountability for nutrition and the Post-2015 development agenda.”