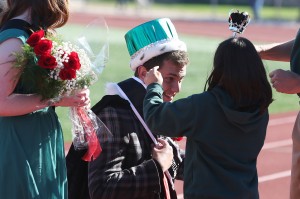 Missouri University of Science and Technology crowned the 2014 Homecoming Queen and King at halftime of the Oct. 18 football game between Missouri S&T and William Jewell.

Rebecca Jacobsen, a senior in civil engineering from Defiance, Missouri, was named Missouri S&T’s 2014 Homecoming Queen. She was nominated by Pi Kappa Alpha. Clayton Yingling, a senior in geological engineering from Rolla, Missouri, was named Missouri S&T’s 2014 Homecoming King. He was nominated by Chi Omega. 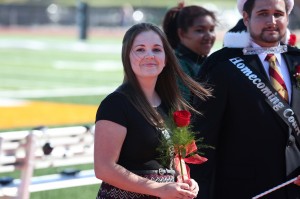