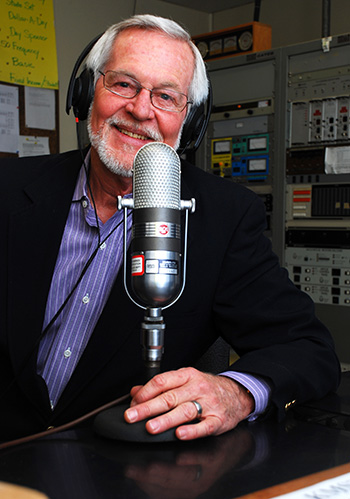 Dr. Wayne Bledsoe, general manager of public radio station KMST since 2010, will step down from that post on Sept. 30. The university plans to launch a search to fill the vacancy.

Bledsoe, who is also the producer and host of the station’s popular programs “Bluegrass for a Saturday Night” and “Sunday Morning Sounds,” plans to continue hosting these programs.

“Public radio has been a passion of mine since it began in the early ‘70s and I still consider it to be the best single source available for news, information and entertainment,” Bledsoe says. “In retrospect, as I watched the station being built 40 years ago, I never dreamed I’d one day be the general manager. It has been an honor and privilege to serve in that capacity.”

Now in its 40th year of broadcasting, KMST is a 100,000-watt National Public Radio affiliate that serves listeners in 18 counties of south-central Missouri and online at www.kmst.org. The station is located in the Curtis Laws Wilson Library on the Missouri University of Science and Technology campus.

Bledsoe began hosting the Saturday evening bluegrass program on KMST in 1978 and added the other programs over the years. A former faculty member, Bledsoe retired as chair and professor of history and political science at Missouri S&T in 2002.

“I’ll now be able to indulge my second greatest passion – traveling,” Bledsoe adds. “Wherever the roads leads, you can rest assured I’ll be listening to public radio and retaining my membership at KMST.”