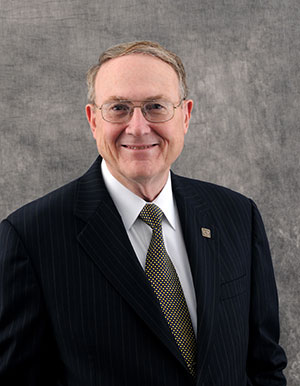 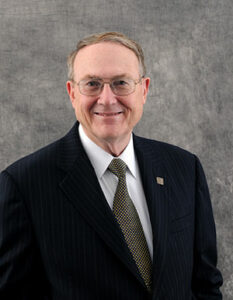 After nearly eight years at Missouri University of Science and Technology, Dr. Warren K. (Kent) Wray is taking on a new role at Missouri S&T.

“I welcome this new challenge and the opportunity to further raise awareness of Missouri S&T’s outstanding academic and research programs in these important and growing areas,” Wray says. “Missouri S&T’s global reputation for excellence has been strong since our origins. In today’s increasingly competitive and interconnected world, however, it’s even more important that Missouri S&T strengthen our reputation as a global university relevant to rapidly changing societal and economic needs.”

“Kent has been a strong and vital leader for our university and has guided us through a period of tremendous growth in enrollment, research support, global partnerships and online learning,” says Missouri S&T Chancellor Cheryl B. Schrader. “I’m thankful that Kent has agreed to continue to contribute in a leadership role as vice chancellor for global and strategic partnerships.”

As Wray moves into the new position, Dr. Robert Marley will become Missouri S&T’s next provost. Marley, a former dean of engineering at Montana State University and current interim vice president for student success there, will become provost on July 14.

In Wray’s new position, he will oversee Missouri S&T’s international and cultural affairs and global and online learning programs, as well as the potential development of Sichuan Missouri University in Chengdu, China. In 2011, Missouri S&T and the University of Missouri-St. Louis announced a partnership with China’s Tianfu College to establish the new university.