Two recognized as KMST Volunteers of the Year 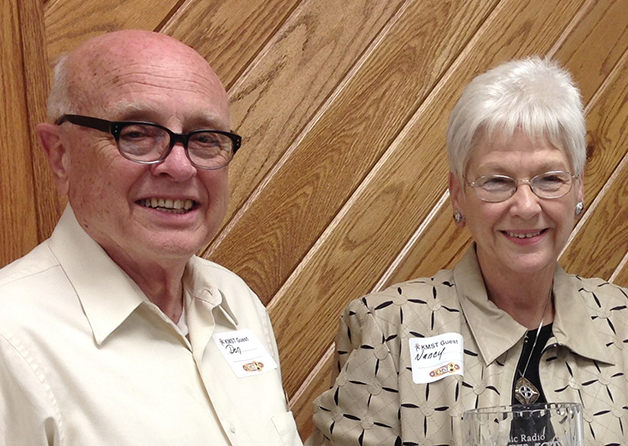 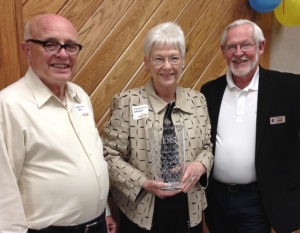 Missouri University of Science and Technology’s public radio station KMST honored Don and Nancy Brackhahn as Volunteers of the Year at the station’s annual Membership Reunion that was held April 24 at the Lions Club Den in Rolla.

KMST Station Manager Wayne Bledsoe commended the Brackhahns for their many years of work as pledge drive volunteers and assisting with various KMST events. “Our good friends, the Brackhahns, have worked tirelessly during our pledge drives, are great supporters of the station and are very deserving of this honor,” said Bledsoe. 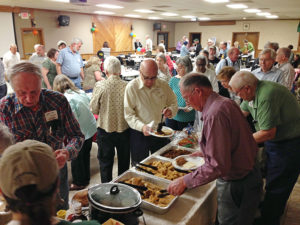 KMST’s Membership Reunion was held April 24 at the Lions Club Den in Rolla.

This year’s Membership Reunion was underwritten by Phelps County Bank. Food was supplied by Swiss Meat and Sausage Co. of Hermann, Mo., and Lee’s Famous Recipe Chicken of Rolla. Beverages were supplied by Ozarks Coca-Cola/Dr Pepper Bottling Co. of Rolla.

KMST is a 100,000-watt non-commercial, educational station licensed to the Curators of the University of Missouri System. The station is located at 88.5 FM in Rolla and surrounding communities; 96.3 FM in Lebanon, Mo., at its translator facility; and online at www.kmst.org.