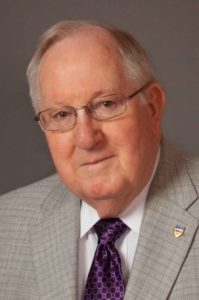 Dr. Paul R. Munger, professor emeritus of civil engineering at Missouri University of Science and Technology, died on April 19 at age 82. He served on the Missouri Board for Architects, Professional Engineers and Land Surveyors for 17 years, with 14 years as chair. During this time, Munger was involved in the investigation of the 1981 collapse of the Hyatt Regency skywalks in Kansas City, Mo., one of the deadliest structural failures in U.S. history. He led the licensing disciplinary actions following the tragedy.

On campus, he was a member of the Academy of Civil Engineers and served as director of the Institute of River Studies. He was an expert on the environmental and economic impact of water problems related to the Missouri and Mississippi rivers.

Munger earned bachelor of science and master of science degrees in civil engineering from Missouri S&T in 1958 and 1961, respectively. He earned a Ph.D. from the University of Arkansas in 1972 and was a member of the university’s Academy of Civil Engineers. He joined the Missouri S&T faculty in 1958 and retired in 2000.