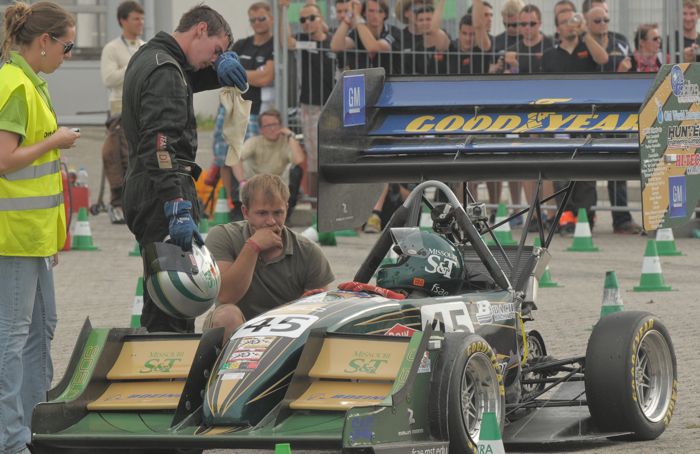 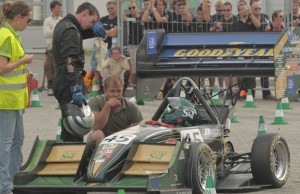 Spring is student design season at Missouri University of Science and Technology. At any given time during the semester you can see students constructing solar-powered houses, driving Formula-style cars around campus parking lots or floating concrete canoes on a local lake.

These are just a few examples of the 14 interdisciplinary design teams housed in Missouri S&T’s Student Design and Experiential Learning Center. The center provides more than 600 S&T students with leadership, networking and technical learning opportunities through industry-sponsored design competitions.

Design team competitions run throughout the year, beginning the season with the Advanced Aero Vehicle Group in Fort Worth, Texas, on March 28, and concluding with the iGEM (International Genetically Engineered Machines) team competition in Boston on Oct. 30.

Throughout the year, Missouri S&T will report on each team’s project and the details of their upcoming competitions. To keep up-to-date with the design teams, visit design.mst.edu and look for their stories on news.mst.edu. The teams include:

Advanced Aero Vehicle Group – Builds a rocket and airplane that must complete a controlled flight while performing designated in-flight tasks.

Baja SAE Team – Designs and builds a prototype off-road vehicle for recreation and then races it on an off-road course with multiple obstacles.

Concrete Canoe Team – After making a floating canoe out of concrete, team members compete in a number of trials to prove the canoe’s functionality.

Formula SAE Racing Team – Designs and builds a Formula-style racecar, which is then raced against other university teams on various courses.

Human-Powered Vehicle Team – Designs and develops an enclosed, pedal-powered vehicle that focuses on aerodynamics and is raced against other university teams.

Mars Rover Team – Designs and builds a Mars rover that is then tested and completes tasks on terrain similar to Mars.

Robotics Team – Designs and builds a robot to complete a unique set of tasks. Each year’s robot is different, as each season’s task is different.

Solar Car Team – Designs, builds and pilots a solar-powered car capable of traveling 60 miles per hour, then races across the United States competing against teams from other universities.

Steel Bridge Team – Designs and builds a scale-model steel bridge that can be quickly assembled, is light and economical and can support a substantial load.