‘The Fantasticks’ is coming to Leach Theatre 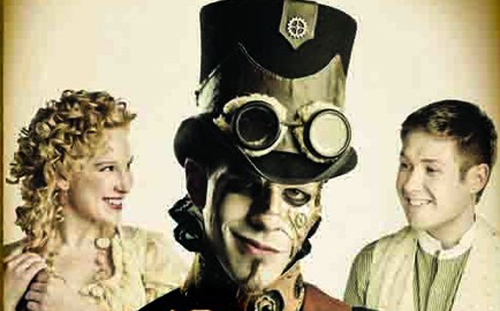 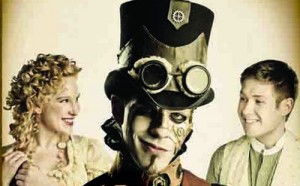 The Nebraska Theatre Caravan is making a stop on its national tour to perform “The Fantasticks” at Missouri University of Science and Technology this February. It is the seventh performance in the 2013-14 Missouri S&T Campus Performing Arts Series.

The group will perform a steampunk adaptation of the longest-running musical in history. The adaptation will not change the original storyline, but will feature steampunk-inspired costumes, props and sets. “The Fantasticks” is the story of two fathers who carry out elaborate plans to ensure that their children fall in love.

The performance will be held at 7:30 p.m. Friday, Feb. 28, in Leach Theatre of Castleman Hall, located at the corner of 10th and Main streets in Rolla.

Tickets are $35 for adults and $25 for youth age 18 and younger. Tickets are available to Missouri S&T students with a valid ID for $10. However, the first 75 S&T students will receive a free ticket. Tickets can be purchased 9 a.m. to 4 p.m. Monday through Friday from the Leach Theatre Box Office, located in the vestibule inside the main entrance to Leach Theatre, facing 10th Street.  Tickets can also be purchased online at leachtheatre.mst.edu/cpas/cpas13-14/thefantasticks/.