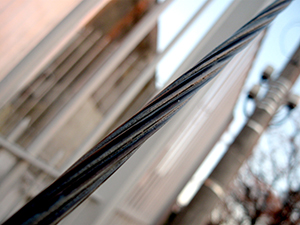 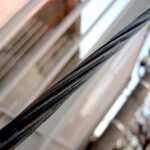 Two metallurgical engineering students from Missouri University of Science and Technology are headed to Belgium to test their mettle – and their ability to make virtual steel – in an international competition.

Missouri S&T students Seth Rummel, a graduate student from Dickinson, N. D., and Allison (Sonny) Tengblad, a senior from Hillsboro, Wis., will travel to Brussels, Belgium, to take part in the 8th Virtual Steelmaking Challenge Feb. 17-18. The pair qualified for the international competition by winning first place in the U.S. competition last November. Now they will compete against students from other countries for the international championship.

The 8th Virtual Steelmaking Challenge is sponsored by SteelUniversity.org, an online initiative developed by the World Steel Organization to provide education and training tools for students and professionals. The website provides game-like simulations to help students learn processes related to steelmaking. At Missouri S&T, the simulations are used to supplement other instruction.

Some 2,000 participants from 41 countries took part in the regional Virtual Steelmaking Challenge last November. During that challenge, teams or individuals had 24 hours to run simulations in an effort to produce steel suitable for a suspension bridge cable. Participants could run the simulations as many times as they wished during the 24-hour period. SteelUniversity.org reports that the 2,000 contestants ran more than 48,000 attempts to produce the steel.

“It’s all about optimizing the process to see who can make the cheapest steel,” says Rummel, who earned a bachelor’s degree in aerospace engineering from Missouri S&T in 2012.

For last November’s competition, participants used SteelUniversity’s continuous casting module. Tengblad and Rummel initially ran simulations on their own, then decided to join together to solve the problem. Teams were judged on the cost per ton for steel. The Missouri S&T duo created the steel at a cost of $72.24 per ton, best in the United States.

Both Tengblad and Rummel credit the late Dr. Kent D. Peaslee for encouraging Missouri S&T students to take part in the competition. Peaslee held the F. Kenneth Iverson Endowed Chair of Steelmaking Technologies until his death in May 2013.

On January 31, 2014. Posted in Featured, Materials Science and Engineering, News