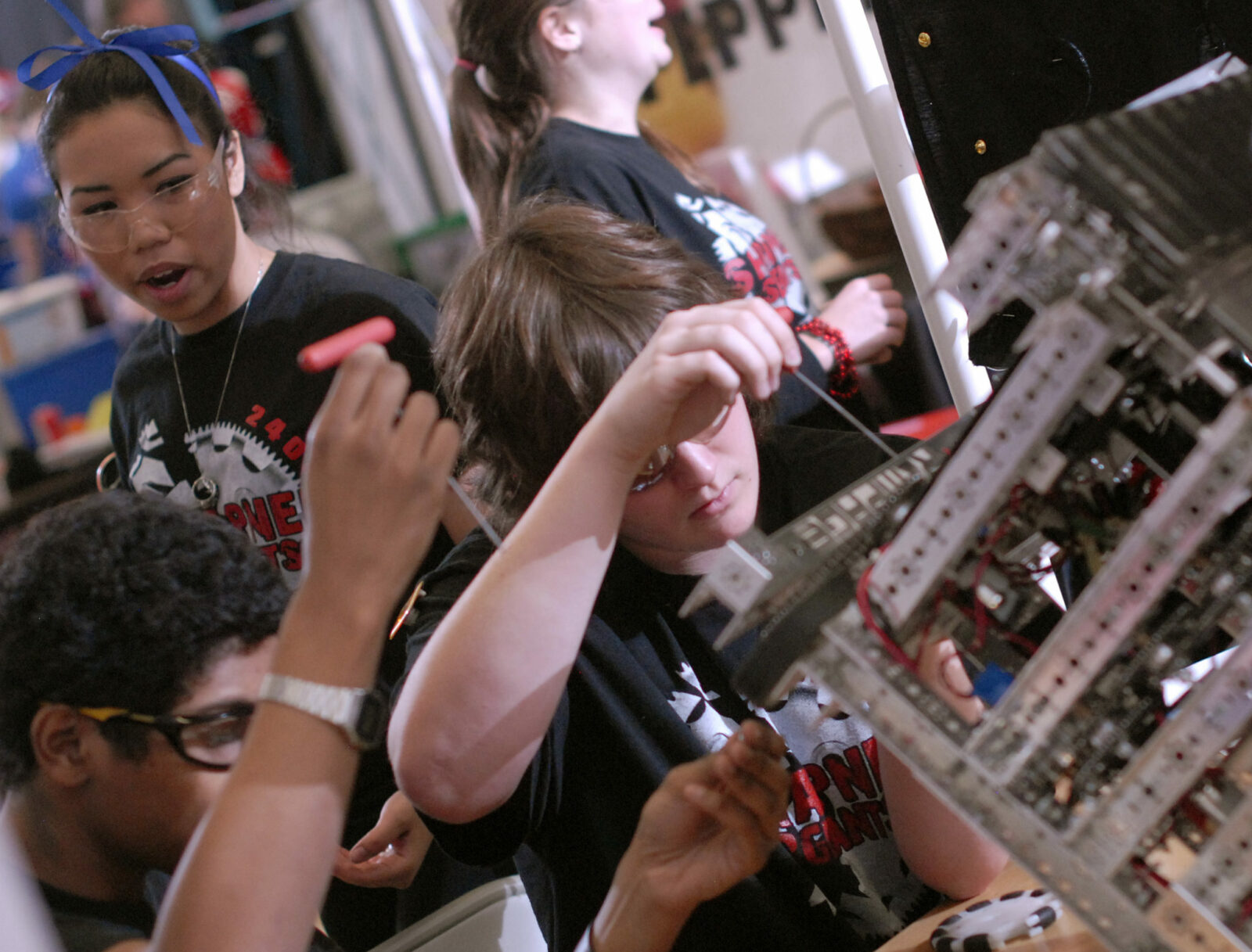 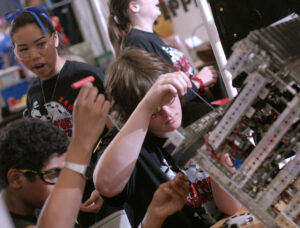 Hundreds of tech-savvy high school students from throughout Missouri and western Illinois will put their robotic creations to the test on Saturday, March 1, during the FIRST Tech Challenge, a regional robotics championship for high school students hosted by Missouri University of Science and Technology.

The Missouri FIRST Tech Challenge championship will be held in the Student Recreation Center on the Missouri S&T campus. The center adjoins the Gale Bullman Multi-Purpose Building at 10th Street and Bishop Avenue (U.S. Highway 63).

Thirty-six teams from throughout the area are expected to take part in the Missouri S&T event. The competition is sponsored by FIRST (For Inspiration and Recognition of Science and Technology), a nonprofit organization founded in 1989 “to inspire young people to be science and technology leaders” through participation in various robotics programs.

Participants in this year’s competition – titled “Block Party!” – will use their robots to place plastic blocks into pendulum goals. Matches will last two minutes and 30 seconds, and begin with a 30-second autonomous period followed by a two-minute driver-controlled period.

Missouri S&T has hosted the FTC since 2011 and, following a successful three-year run, has been selected to host the event for another three years until 2016. Winners of the regional event will compete in the FTC Super Regional for the North Region held April 3-5, in Iowa City, Iowa.

“When students participate in the FIRST Tech Challenge, they are encouraged to think like engineers and scientists,” said Don Bossi, President of FIRST. “Throughout the FTC BLOCK PARTY! season, these young people will employ the same disciplines and complex problem-solving skills that will someday enable them to solve society’s greatest challenges.”

“Missouri S&T is proud of our longtime association with FIRST, and many of our current students participated in these robotics competitions when they were in high school,” says Dr. Cheryl B. Schrader, Missouri S&T chancellor. “Our mission of preparing students to solve society’s great challenges is in perfect alignment with FIRST. We look forward to hosting the FIRST Tech Challenge.”

For more information about FIRST and the FIRST Tech Challenge — or to volunteer to help at the FTC State Championship event at S&T or World Championships in Saint Louis — visit www.usfirst.org.