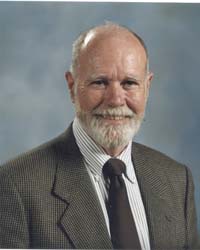 A researcher from Missouri University of Science and Technology recently received the North American Mixing Forum Award from the American Institute of Chemical Engineers (AIChE). The award is based on contributions to the practical application of mixing technology in the chemical industry.

He began his career as an assistant professor of chemical engineering at S&T in 1966, continuing there until 1984 with one-year sojourns at the Max Planck Institute for Fluid Mechanics in Goettingen, Germany, and at the Lawrence Livermore Laboratory in California. Patterson then became chair of chemical engineering at the University of Arizona until 1990, when he returned to S&T to become associate dean of engineering. Patterson retired from active teaching in 2005.

AlChE is a nonprofit organization for chemical engineering professionals with more than 45,000 members from more than 90 countries.