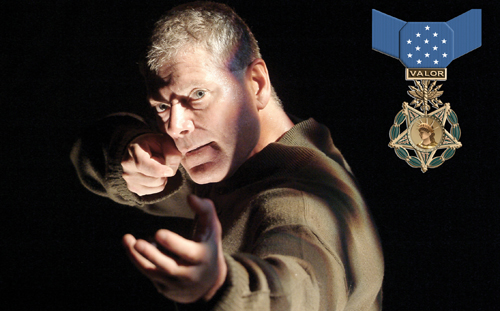 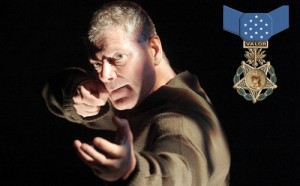 Beyond Glory, a one-man play performed by Stephen Lang, will be presented at  Missouri University of Science and Technology in November.

The play, which illustrates the tales of men at war through eight different perspectives, will begin at 7:30 p.m. on Friday, Nov. 1, in Leach Theatre of Castleman Hall, 10th and Main streets in Rolla. The show is part of Missouri S&T’s 2013-14 Campus Performing Arts Series.

Tickets are $38 for adults and $28 for youth age 18 years and younger. The first 75 tickets for Missouri S&T students with student ID are free; additional S&T student tickets are $10. Tickets may be purchased online at leachtheatre.mst.edu/cpas/cpas13-14/beyondglory/ or from the Leach Theatre Box Office, located in the vestibule inside the main entrance to Leach Theatre, facing 10th Street. Box office hours are 9 a.m. to 4 p.m. Monday through Friday.

Lang, who is best-known for his acclaimed performance in James Cameron’s “Avatar” in 2009, returns to the stage to bring to life eight individual stories about past Medal of Honor winners. His performance will span World War II, the Korean War and the Vietnam War. Beyond Glory renders firsthand accounts of valor that resulted in the nation’s highest military award.

Beyond Glory is sponsored in part by Robert and Susan Hooper, Renegade Radio 107.9 FM and Forum Dental. For more information about the Missouri S&T Campus Performing Arts Series, call the Leach Theatre Box Office at 573-341-4219.