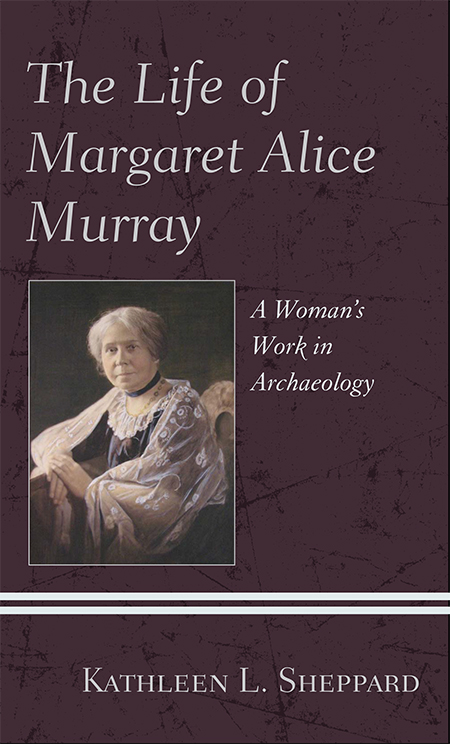 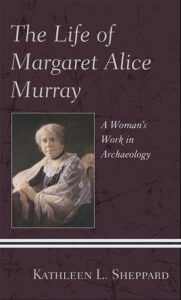 Margaret Alice Murray, one of the first women to practice archaeology and the first woman to publicly unwrap a mummy, is the subject of a new book by Missouri University of Science and Technology historian Dr. Kathleen Sheppard.

The book, The Life of Margaret Alice Murray: A Woman’s Work in Archaeology, was published in August by Lexington Books. It is the first book-length biography of Murray, an acclaimed archaeologist and Egyptologist at the University College London (UCL) in the early 20th century.

Despite Murray’s numerous professional successes, her career received little attention because she was overshadowed by her mentor, British archaeologist and Egyptologist Sir Flinders Petrie, says Sheppard, an assistant professor of history and political science at Missouri S&T.

“This oversight obscured the significance of a career that includes fieldwork, the students she trained, her administration of the pioneering Egyptology department at University College London and her published works,” Sheppard says.

Sheppard’s book examines Murray’s entire life from birth to death, but focuses on her scientific career from 1894-1963. She examines Murray’s involvement in Petrie’s program and writes about Murray as a practicing scientist with theories, ideas and accomplishments of her own.

“This book analyzes the life and career of Margaret Alice Murray as a teacher, excavator, scholar and popularizer of archaeology, anthropology, linguistics and Egyptology,” Sheppard says.

One way Murray sought to unravel the mysteries of ancient Egypt was by exposing mummified human remains, says Sheppard, who believes Murray’s work in Egyptology is culturally significant because it is “poised between spectacle and science, drawing morbid public interest while also producing ground-breaking scientific work that continues to this day.”

Public spectacles that displayed mummified remains as objects of curiosity date back to the 16th century, Sheppard says. “These types of spectacles were highly engaging shows in which people were, to a certain degree, educated about different aspects of science both by showmen and scientists.”

Many Egyptologists drew a distinction between “Egyptomania,” the fascination with all things Egypt, and “Egyptology,” the scientific study of Egyptian life, Sheppard says, but Murray had a different goal – involving the public in scientific inquiry with a goal of correcting popular misconceptions.

“Murray tried to get the public to see that mummies weren’t magical, they were just preserved human remains to be studied and learned from,” Sheppard says. “In other words, rather than trying to separate the ‘mania’ from the ‘ology,’ she wanted to bring reason and understanding to the mania.”

Sheppard’s book also analyzes several areas outside of Murray’s professional career, including her involvement in the suffrage movement, her work in folklore and witchcraft studies and her life after her official retirement from the University College London.

Her research focuses on women in the history of science, and this fall she is teaching a class focused in this area. She also teaches History of Science and Modern Western Civilization at Missouri S&T and is a member of the executive committee of the Histories of Archaeology Research Network.