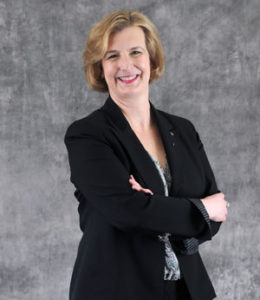 Dr. Cheryl B. Schrader, chancellor of Missouri University of Science and Technology, has received the 2013 Distinguished Educator Award from the Electrical and Computer Engineering division of the American Society for Engineering Education.

The award was presented June 24 at the 120th ASEE Annual Conference and Exposition in Atlanta, in recognition of Schrader’s significant contributions to ASEE and the electrical and computer engineering education profession.

Schrader, an electrical engineer specializing in systems and control, joined Missouri S&T as chancellor in April 2012. As one of the few female engineers in the nation to lead a university, she serves as a prominent role model and mentor to students interested in studying engineering and science.

Schrader’s leadership in ASEE includes serving on the Engineering Deans Council, the Public Policy and Awards committees, the Engineering Research Council and the Women in Engineering division. A past president of the IEEE Control Systems Society, she continues to serve as a member of the ABET Engineering Accreditation Commission. This commission, which is dedicated to providing world leadership in stimulation innovation and excellence in engineering, today accredits 2,100 engineering programs at more than 400 colleges and universities.