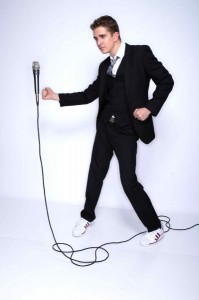 The Leach Theatre Family Series at Missouri University of Science and Technology begins this fall with an evening of illusions, singing and dancing, by entertainer Adam Trent. Future performances include a children’s world music duet and an interactive comedic ventriloquist. All performances will be held in Leach Theatre of Castleman Hall, 10th and Main streets in Rolla, Mo.

Tickets will be available beginning Monday, Aug. 19, from the Leach Theatre Box Office. Box office hours are 9 a.m. to 4 p.m. Monday through Friday. Tickets may also be purchased with a credit card by calling 573-341-4219.

Hot Peas ‘N Butter, 7 p.m. Nov. 8. This unique children’s musical group will perform a range of music with elements of traditional Latin music, Afro-Caribbean rhythms, jazz, folk and rock. The duo has been “Parents’ Choice Award” winners in 2006, 2008, 2009 and 2012. Tickets are $12 for adults and $10 for youth age 18 and under and Missouri S&T students with a valid student ID.

Lynn Trefzger, 7 p.m. Feb. 1, 2014. This ventriloquist offers a comedy show with audience interaction that features a goofy camel, a grumpy old man and a feisty little girl. Trefzger has been a premier entertainer for Disney Cruise Lines, Crystal Cruise Lines and Norwegian Cruise Lines. Tickets are $12 for adults and $10 for youth age 18 and under and Missouri S&T students with a valid student ID.