A performance by the two-time Grammy Award-winning sextet eighth blackbird is the next offering in the 2012-2013 season of the Campus Performing Arts Series at Missouri University of Science and Technology. The concert will be held at 7:30 p.m. Sunday, Oct. 21, in Leach Theatre of Castleman Hall on the Missouri S&T campus, 10th and Main streets in Rolla. 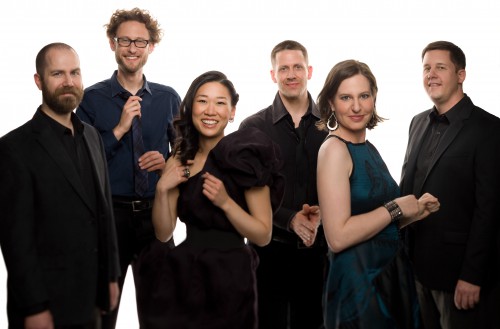 Referred to as “a new breed of super-musicians” by a Los Angeles Times reviewer, the Chicago-based contemporary classical music ensemble has entertained audiences around the world with its finesse and energy. eighth blackbird won Grammy Awards for Best Chamber Music Performance in 2008 and Best Small Ensemble Performance in 2012.

Tickets are $30 for adults and $25 for youth. The first 75 tickets for Missouri S&T students with student ID are free; additional S&T student tickets are $10. Tickets are available online or from the Leach Theatre Box Office, located in the vestibule inside the main entrance to Leach Theatre, facing 10th Street. Box office hours are 9 a.m. to 4 p.m. Monday through Friday. Call 573-341-4219 for more information.