Dr. Kent D. Peaslee, the F. Kenneth Iverson Chair of Steelmaking Technology and Curators’ Teaching Professor of metallurgical engineering at Missouri University of Science and Technology, has been appointed president of the Association for Iron & Steel Technology (AIST) for 2012-2013. He succeeds past president R. Joseph Stratman, executive vice president of Nucor Corp. in Charlotte, N.C. 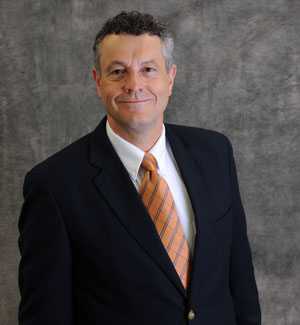 AIST announced its new executive committee and board of directors during AISTech 2012, the organization’s annual conference and exposition, which was held May 7-10, 2012, in Atlanta.

Peaslee, who is also the associate chair of undergraduate studies in the Missouri S&T materials science and engineering department, joined the faculty as an assistant professor in 1994. He was promoted to associate professor in 2000, professor in 2005, and named a Curators’ Teaching Professor in 2006. He was named Iverson Chair in 2007. The chair was established through a $2 million gift from Nucor. Peaslee worked 13 years in the steel industry and was general manager of technical services for Bayou Steel (now ArcelorMittal LaPlace) before leaving the steel industry in 2001 to join Missouri S&T.

In addition to his membership in AIST, Peaslee is a member of the American Society of Engineering Educators, American Foundry Society, Sigma Xi, Tau Beta Pi and Kappa Mu Epsilon.

AIST is an international technical association of more than 14,400 professional and student members, representing iron and steel producers, their allied suppliers and related academia. The association is dedicated to advancing the technical development, production, processing and application of iron and steel.

On May 22, 2012. Posted in Materials Science and Engineering, People