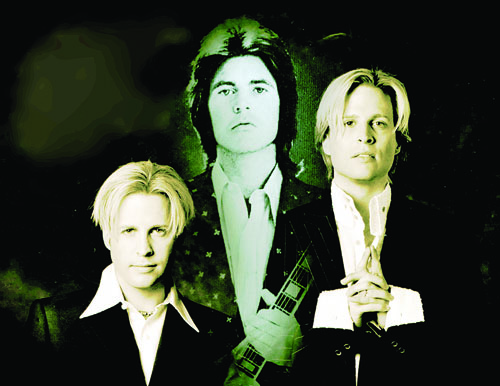 “Ricky Nelson Remembered” will be presented at 7:30 p.m. Friday, March 9, at Missouri University of Science and Technology’s Leach Theatre in Castleman Hall, 10th and Main streets in Rolla.

Tickets for this Leach Special Event are $25 for adults, $15 for youth and $10 for Missouri S&T students with student ID. S&T students can charge tickets to their student accounts. Tickets are available online or from the Leach Theatre Box Office, located in the vestibule inside the main entrance to Leach Theatre of Castleman Hall, facing 10th Street. Box office hours are 9 a.m. to 4 p.m. Monday through Friday. Call 573-341-4219 for more information.

The multi-talented Ricky Nelson began his career at age 9 playing himself on his family’s series, “The Adventures of Ozzie and Harriet.” The radio version began in 1949, and the television version aired from 1952 to 1966. He recorded his first No. 1 single, “Poor Little Fool,” in 1958, and received a Golden Globe for Most Promising Male Newcomer for the film “Rio Bravo.” He had 20 Billboard magazine’s Top 10 hits, including “Hello Mary Lou,” “Travelin’ Man,” and “Garden Party.”

Matthew and Gunnar Nelson are accomplished performers as well. With their rock band NELSON, the pair reached number one on the charts with their self-penned hit “(Can’t Live Without Your) Love and Affection,” plus four other top-40 hits.

This Leach Special Event is sponsored in part by Phelps County Bank and KXMO Radio.