The mischievous and lovable Curious George gets animated in this 2006 adaptation of the first in the series of beloved books by H.A. and Margret Rey. The film will be shown at Missouri University of Science and Technology at 11 a.m. Saturday, Jan. 28, in Leach Theatre of Missouri S&T’s Castleman Hall, 10th and Main streets in Rolla, Mo., as part of the Leach Theatre Family Film Series. 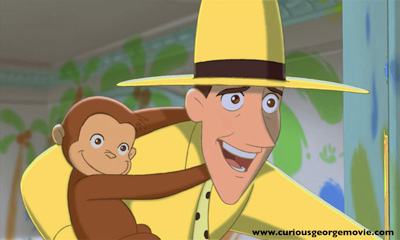 Released by Universal Pictures, Will Ferrell stars as Ted Shackleford (The Man in the Yellow Hat), whose life is turned upside down by the irrepressible monkey he brings back from a trip to Africa. Additional voice talents include Drew Barrymore, Dick Van Dyke and Joan Plowright.

Admission is $2 per person. Tickets will be available at the Leach Theatre Box Office beginning at 10 a.m. that day.
Pizza from Pizza Inn and sandwiches from Panera Bread, as well as soda and fun activities, are available following the film for a nominal charge. For more information, call 573-341-4219.