The arts, languages and philosophy department at Missouri University of Science and Technology, along with the Miner League Theatre Players, are presenting Laura, a play by Vera Caspary and George Sklar, on Oct. 28-30, in Leach Theatre of Castleman Hall on campus. This performance is in cooperation with Dramatist Play Service. 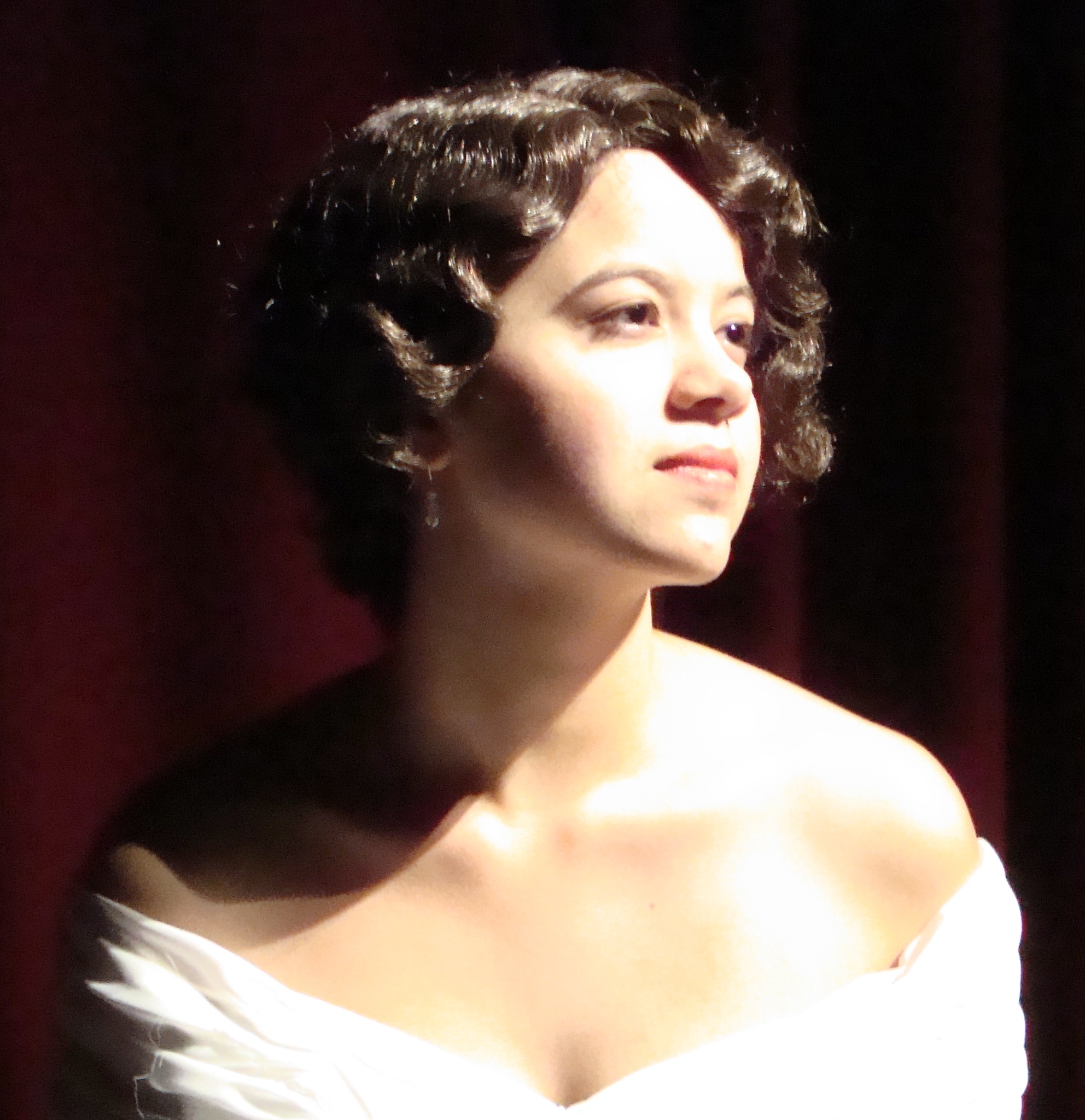 Angela Watts, a senior in architectural engineering from Kidder, Mo., as "Laura". Photo by Kevin Shaw

The production is based on the famous 1940’s film noir — black and white style — of the same name and retains the intrigue of a classic mystery.

The play is rated PG for occasional mild profanity.

The question to be answered is, “Who killed the beautiful Laura?” One detective, captured by the beauty of Laura’s portrait and determined to avenge her murder, has five suspects, all of whom appear guilty at some time. Will he defy the clock and solve the puzzle before time runs out?

Jeanne Stanley, director of the show and assistant professor of theater at Missouri S&T, says “I chose this production because the students haven’t performed a show in this style and I wanted them to experience it.”

Because there was smoking in the original film, Stanley and the performers wanted to include it without risking the health of the actors or the audience. Their solution: non-nicotine, non-tobacco, mint-flavored cigarettes. Additionally, they had to fall back on eBay to order ashtrays. Finding costumes, such as a 1940’s zoot suit, and props was “quite an experience,” reflects Stanley.

Stanley is excited the theater program at S&T is so successful because it “allows students to be creative in the technical atmosphere of the school.”

This is the first show for Kevin Shaw, the new manager of technical support in the theater program. Shaw will have a “bit” role — three lines — to introduce him to the community.

Come spend the evening enjoying a classic mystery just before Halloween and see if you can figure out who killed Laura.