Public radio station KMST at Missouri University of Science and Technology will hold its Fall Membership Drive Sept. 10-18. The drive’s goal is $70,000. 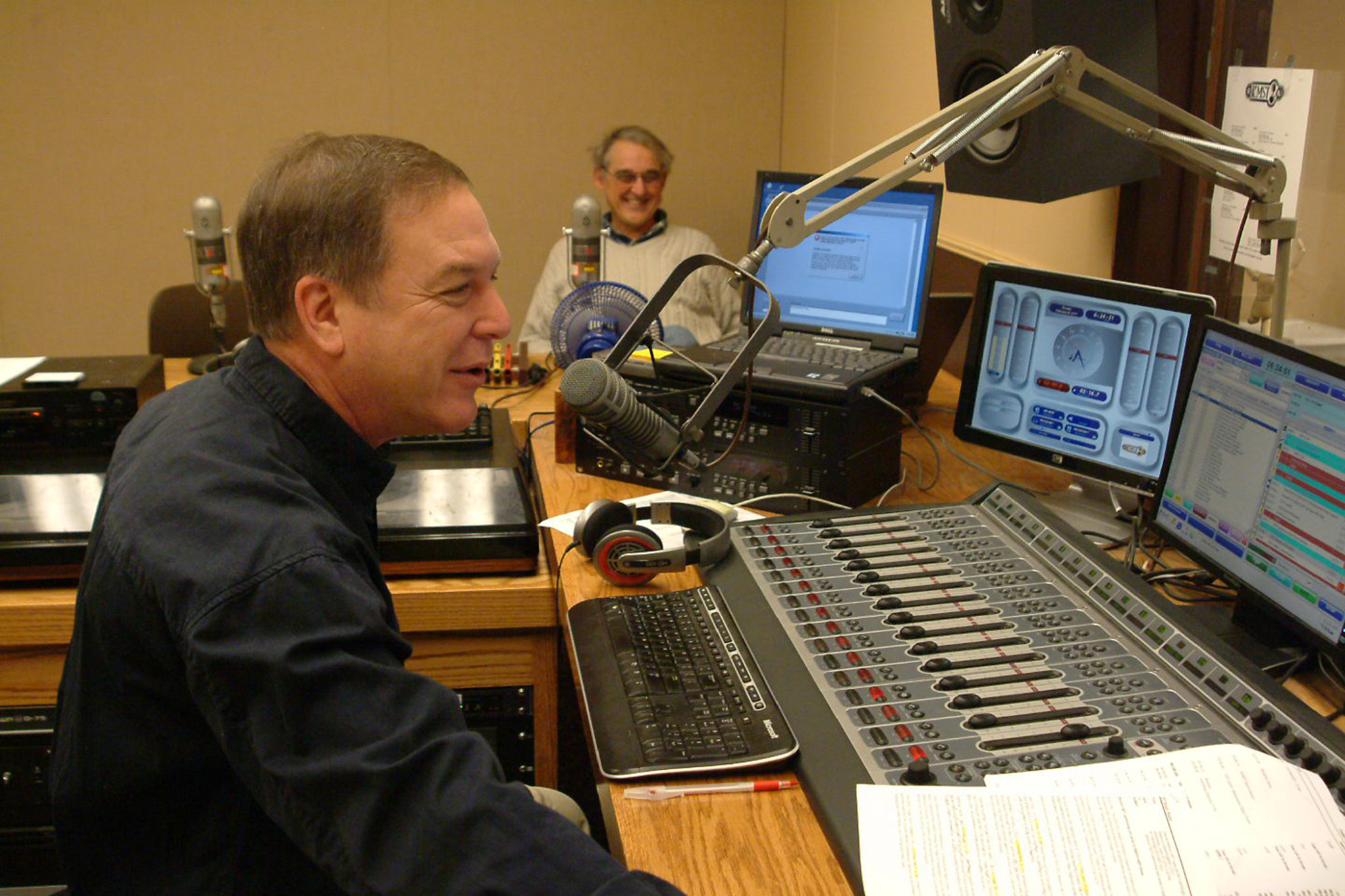 Norm Movitz, producer/director at KMST, speaks on air while guest host Bill Ricker looks on during the spring drive in March. Photo by Joel Goodridge.

“With the future of government funding of public broadcasting clearly uncertain, we need to know that KMST listeners are standing behind us,” says KMST Station Manager Wayne Bledsoe. “I encourage every KMST listener to become a member during this important fundraising drive. Every membership dollar is used wisely and for the sole purpose of providing the programming you prefer.”

Money raised will go toward the station’s general operating costs and will help KMST continue to offer local and NPR programming, including the nationally acclaimed, award-winning “Morning Edition,” “All Things Considered,” “Marketplace” and “The Diane Rehm Show.” Along with these flagship programs, KMST offers a variety of formats that include local and national news, talk, classical, jazz, acoustic folk, blues, big band, bluegrass, African, Caribbean, Celtic and more.

The membership drive will kick off at 7 p.m. Saturday, Sept. 10, with Bledsoe’s popular program, “Bluegrass for a Saturday Night.” Special guests from the area will be featured during the nine-day drive, along with drawings for prizes, including an Apple iPad, an Amazon Kindle and a one-year membership to The Centre.

While KMST has a strong following in mid-Missouri, listeners also come from 47 states and 41 countries through the station’s website. “We have so many friends and listeners from mid-Missouri and the world, it’s really quite humbling,” says Bledsoe. “We’ve experienced such wonderful member support over the years, but the economic challenges we’re facing now, including rising costs and shrinking federal funds, make it more important than ever that you join us as a member or consider upgrading your membership to a higher level.”

There are many levels of membership. For less than $3 per month, listeners can enjoy public radio programming and the benefits of the KMST membership card, which offers discounts from area businesses.

In its 38th year of service, KMST is a 100,000-watt non-commercial public radio station licensed to the Curators of the University of Missouri System. KMST is located at 88.5 FM in the Rolla area, 96.3 FM in Lebanon and online.