Happy Feet will be shown at Leach Theatre Feb. 12

Rolla residents are invited to view Happy Feet, the 2007 Academy Award winner for Best Animated Feature, at 11 a.m. Saturday, Feb. 12, in Missouri University of Science and Technology’s Leach Theatre. The theatre is located in Castleman Hall, 10th and Main streets in Rolla. The film is part of the Leach Theatre Family Film Series. 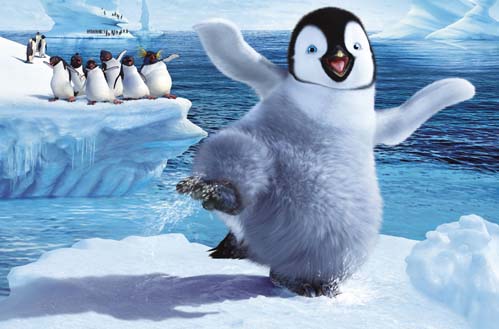 Happy Feet takes place deep in Antarctica, in a world where emperor penguins find their soul mates through song. Mumble cannot sing, but he has a talent that none of the penguins have ever seen before: tap dancing. The film is rated PG.

The final film in the series this spring will be Disney’s Brother Bear on March 5.