Now that the final house in the Solar Village at Missouri University of Science and Technology has been placed on its foundation, attention has been turned to landscaping. The idea is to make the village blend in with its neighborhood, according to Dr. Paul Hirtz, interim director of S&T’s Student Design and Experiential Learning Center. 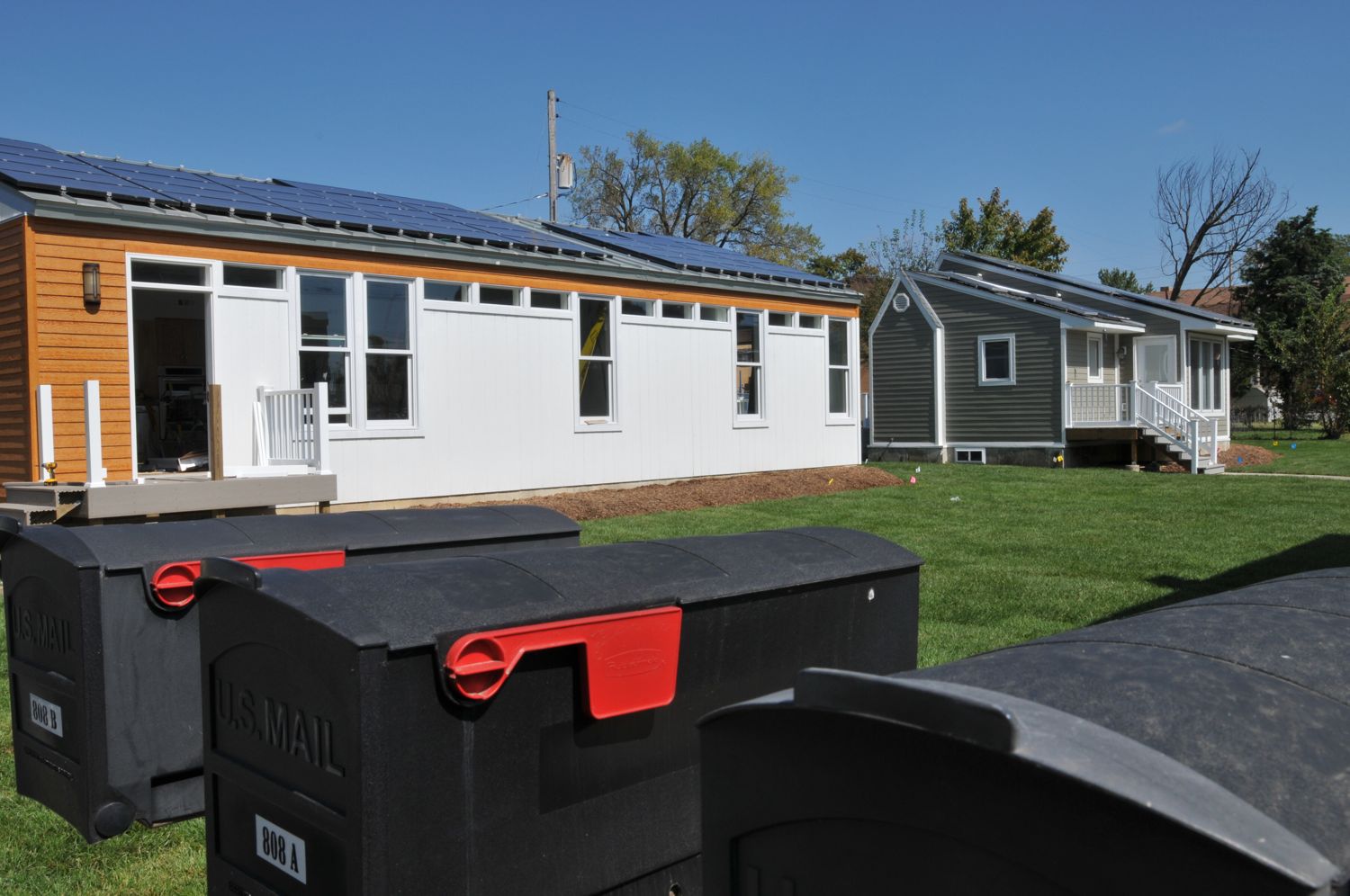 The four-house experimental village is located on 10th Street across from the Gale Bullman Multi-Purpose Building in Rolla. In the past week, new sod and an underground sprinkler system have been installed. Hirtz says all of the landscaping work will be completed by next spring.

Missouri S&T students began building the solar houses in 2000 at a rate of one every two or three years. As the homes were finished, they were made available to students for rent. But there has always been a lot of activity around the existing homes, making the village seem less than a finished part of a community. “With the last house in this village complete and the landscaping work being done, we are seeing the culmination of a long-term vision,” Hirtz says. 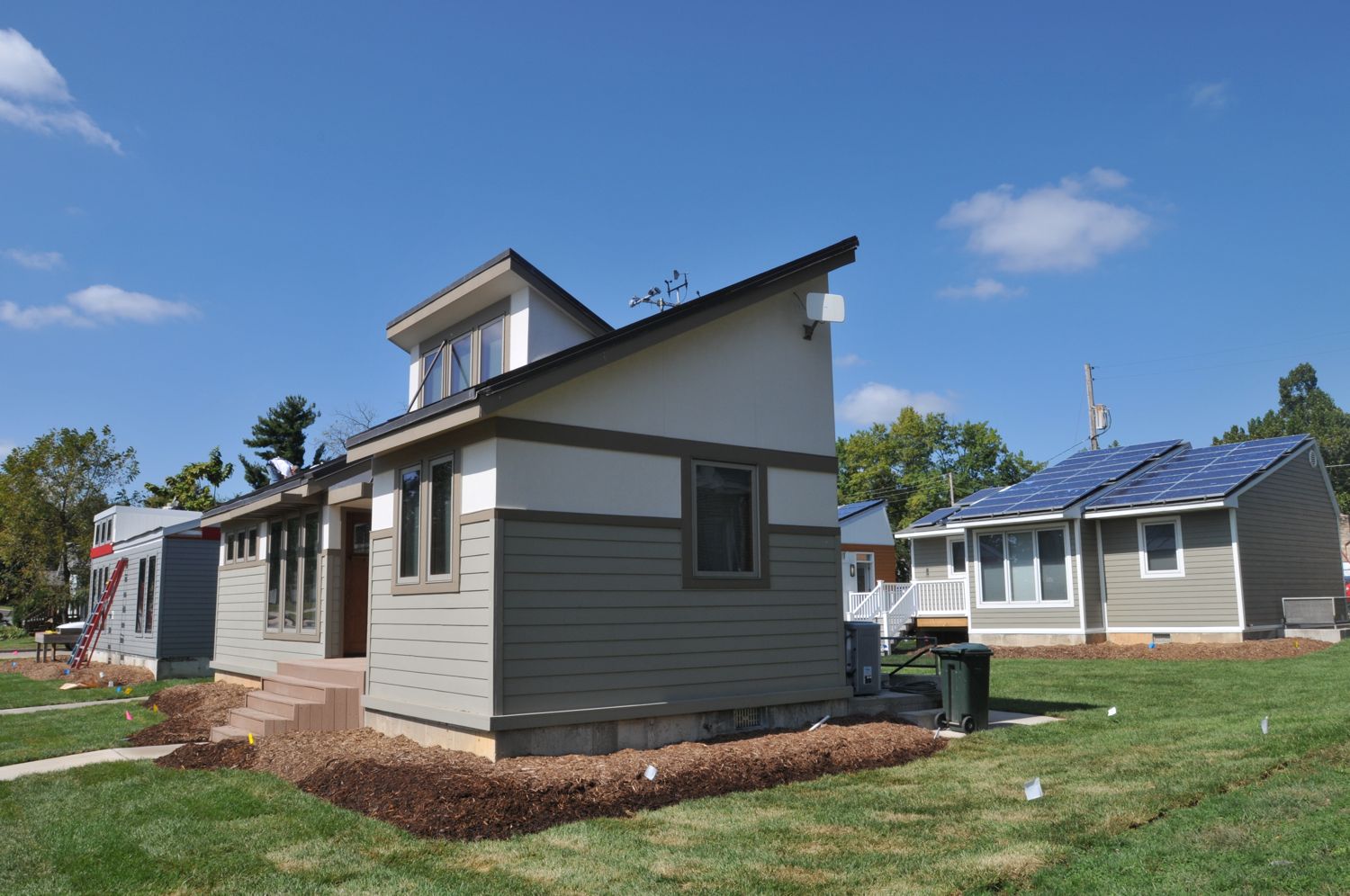 In addition to being used for housing, the solar homes are monitored for academic purposes. The goal is for the houses to produce enough energy to be self-sustaining. “By day, the homes produce more than enough energy for hot water and electricity, so we can sell some back to the grid,” Hirtz says. “At night, we have to buy from the grid. Some of the houses are better than others when it comes to being net-zero on energy.”

Hirtz explains that technology has improved a lot since 2000. The last house built by S&T students, he says, has solar cells that are almost 30 percent more efficient than the first.

Despite the solar panels on the roofs, the houses in the village look a lot like most small homes. But, even with the new landscaping, there will be one thing missing that most people in Rolla are accustomed to seeing in their yards — trees. Tall trees, especially on the south side of a solar house, impact the amount of energy that reaches the solar panels.

S&T’s Solar Village does have residents, but public tours of the houses are arranged periodically. For more information, call 573-341-6782.