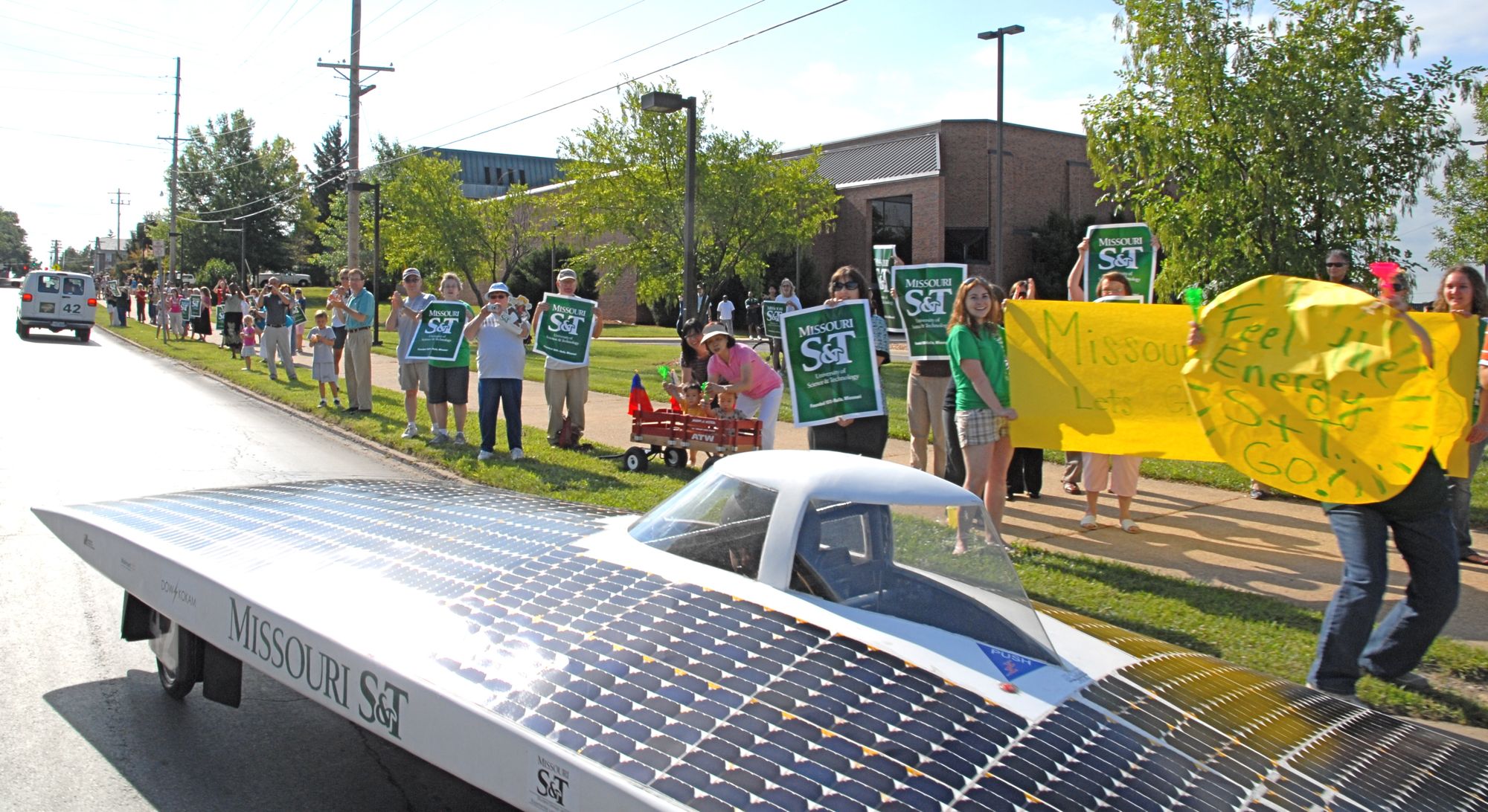 The University of Michigan placed first in the race, which started Sunday, June 20, in Broken Arrow, OKla. Seventeen teams were entered but several dropped out along the 1,200-mile route, which went through Oklahoma, Kansas, Missouri and Illinois.

Missouri S&T’s Solar Car Team has previously won two solar car racing championships, in 1999 and 2003. The team wishes to thank all of its supporters and sponsors, including the Missouri Department of Natural Resources, one of the most consistent sponsors of the solar car program at S&T.