Missouri University of Science and Technology is one of the few places in the country where college students can study explosives. And, this summer, high school students will once again be coming to Missouri S&T to learn the proper ways to blow things up. 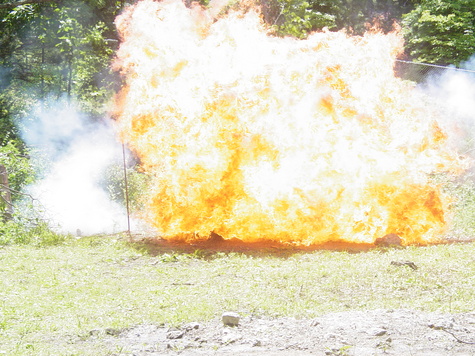 Explosives expert Dr. Paul Worsey directs the camp. Worsey has been known to blow up watermelons and other objects for fun, but he also teaches the students the science behind explosives. He says safety is always the priority.

In order to qualify, students must submit an essay on “Why I am interested in a career focusing on the application of explosives.” The cost of the camp is $1,300, which includes room, board, and field trips.

The camp is held mainly on the grounds of S&T’s Experimental Mine. Worsey, a professor of mining engineering at Missouri S&T, started the camp in 2004. Past camps have been covered by various media outlets, including the New York Times and National Public Radio.