A group of students at Missouri University of Science and Technology is preparing to send a 10-foot rocket one mile into the sky and return it safely to the ground. 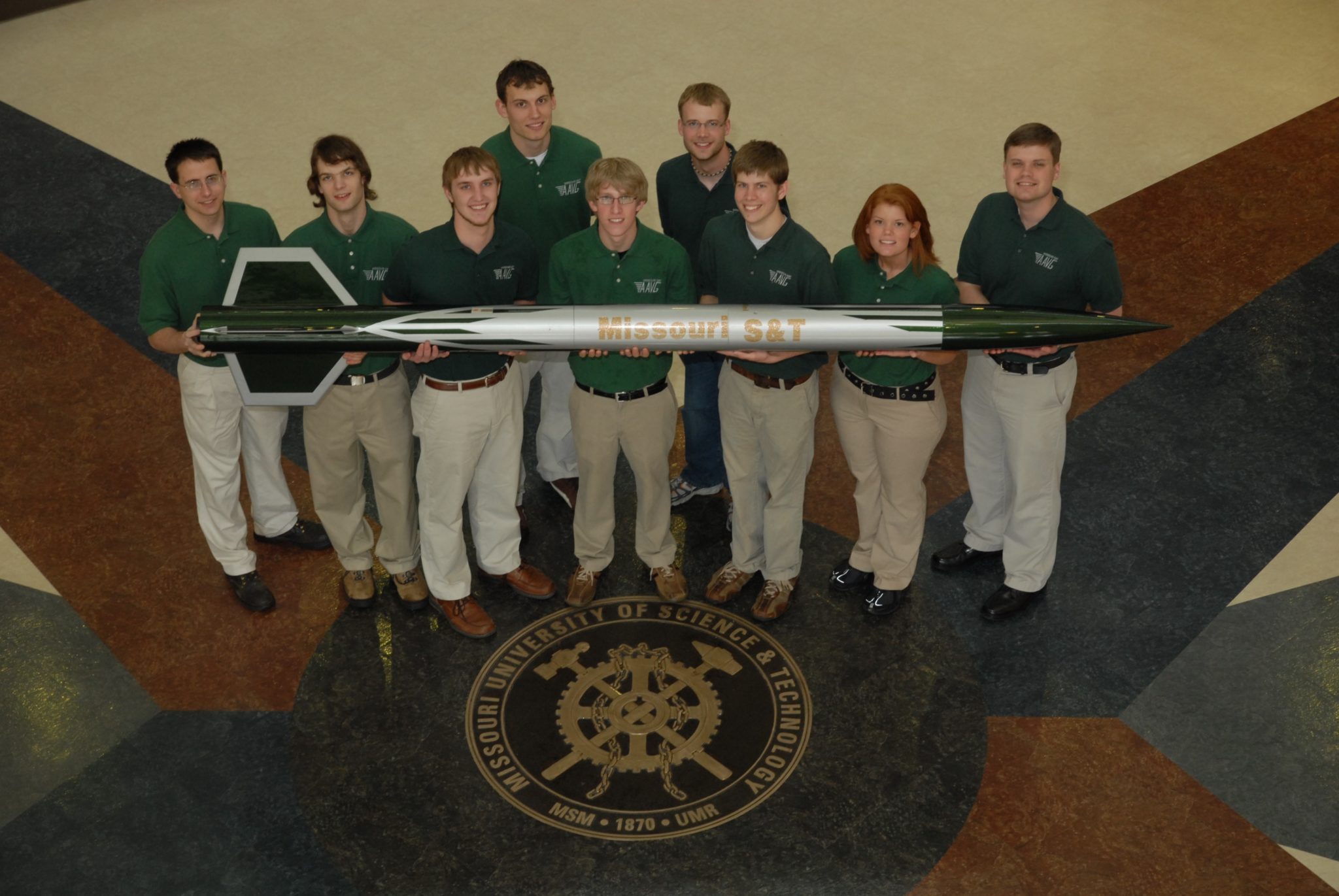 The NASA University Student Launch Initiative challenges university students to build a reusable rocket. The students involved gain experience in scientific research, as well as real world engineering processes. This year’s competition will be held April 16-19 near Huntsville, Ala.

The Advanced Aero Vehicle Group at S&T already has some experience with rocketry. In 2006, they challenged friends from Iowa State University to an informal competition. They also placed third out of 12 university teams in the 2008 NASA competition.

S&T’s new rocket, which bears the name Aiolos after the Greek god of the winds, has a few improvements over last year’s model. The team increased the power of the motor and put gauges on the fins, tubes and centering rings in order to measure the forces acting on the rocket during flight.

The rocket, which weighs 45 pounds, is expected to achieve a precise flight altitude of 5,280 feet.