Chancellor highlights growth in State of the University Address 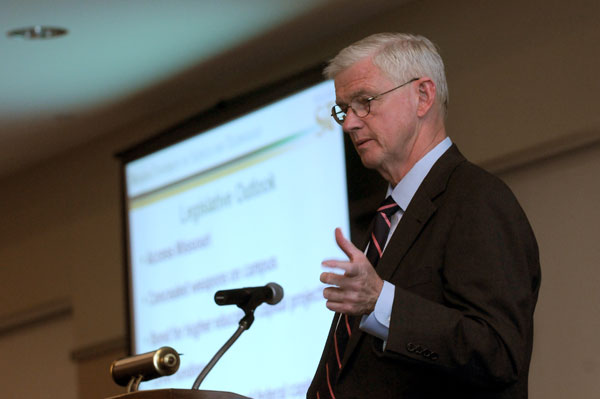 Addressing students, faculty and staff in his Spring 2009 State of the University Address, Carney pointed out that the fall 2009 freshman class is expected to be one of the largest and most talented ever.

Carney noted that the incoming freshman class includes eight students who scored a perfect 36 on their ACT scores and two with perfect SAT scores of 1600. The average ACT composite score for all incoming freshmen is 28.06, he added.

Carney also pointed out that the university’s “Advancing Excellence” fundraising campaign is ahead of schedule. As of March 31, Missouri S&T has raised $173.2 million in private funds in the campaign, which is scheduled to end June 30, 2010. The university’s goal is to raise $200 million through the campaign.

Slides from Carney’s address are available on the chancellor’s website under the “Presentations” link.