The Family Film Series at S&T will offer a screening of Walt Disney’s classic animated film “Snow White and the Seven Dwarfs” at 11 a.m. Saturday, Jan. 31. The film will be shown in Leach Theatre of Castleman Hall. 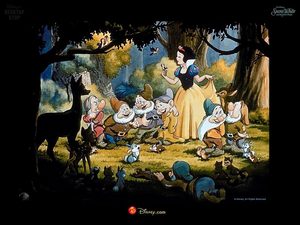 Released in 1937, “Snow White” was the first feature-length animated film in history. It was named the greatest animated film of all time by the American Film Institute in 2007.

Adapted from the original Brothers Grimm fairy tale, the story involves the beautiful Snow White, her wicked and vain stepmother, the Queen, and seven unforgettable diamond-mining dwarfs. It includes the wonderful, sing-along songs “Heigh-Ho,” “Whistle While You Work,” and “Someday My Prince Will Come.”

There will be fun arts and crafts, clowns and face-painting. Lunch and snacks, including pizza and soda, will be sold in the lobby following the film. Admission is $2 per person, and tickets will be available at the Leach Theatre Box Office.