The Family Film Series at Missouri S&T will offer a screening of the Disney/Pixar animated film “Ratatouille” at 11 a.m. Saturday, Nov. 22. The film will be shown in Leach Theatre of Missouri S&T’s Castleman Hall, 10th and Main streets in Rolla, Mo. 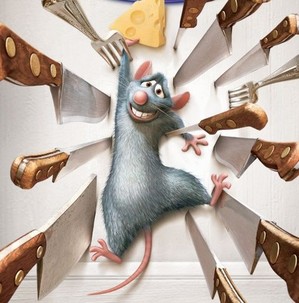 From the acclaimed creators of “Cars” and “The Incredibles,” comes a breakthrough comedy about Remy, a determined young rat, who dreams of becoming a renowned French chef. Torn between his family’s wishes and his true calling, Remy and his pal Linguini set in motion a hilarious chain of events that turns the City of Lights upside down. The film won the Oscar for Best Animated Feature Film of 2007.
There will be fun arts and crafts, clowns and face-painting. Lunch and snacks, including pizza and soda, will be sold in the lobby following the film. Admission is $2 per person, and tickets will be available at the Leach Theatre Box Office. For more information, call 573-341-4219.
Other films in the 2008-09 Family Films Series season include:
“How the Grinch Stole Christmas” (Warner Brothers, animated) – Dec. 6
“Snow White” (Disney) – Jan. 31, 2009
“The Incredibles” (Disney/Pixar) – Feb. 14, 2009
“Robin Hood” (Disney) – March 21, 2009

On November 12, 2008. Posted in Department of Arts, Languages and Philosophy, Events