Keillor will perform at 4 p.m. and at 7:30 p.m. Sunday, Sept. 21, in Leach Theatre of Castleman Hall on the Missouri S&T campus, 10th and Main streets in Rolla. 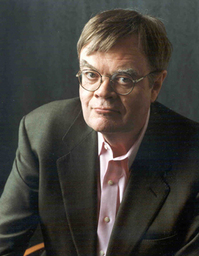 The acclaimed author, storyteller, poet, musician and radio personality is well known for his unique delivery and presence. He hosts the National Public Radio programs “A Prairie Home Companion” and “The Writer’s Almanac.” He has written many magazine and newspaper articles, and his books range from fictional stories with autobiographical elements to children’s books, all with his trademark folksy humor.