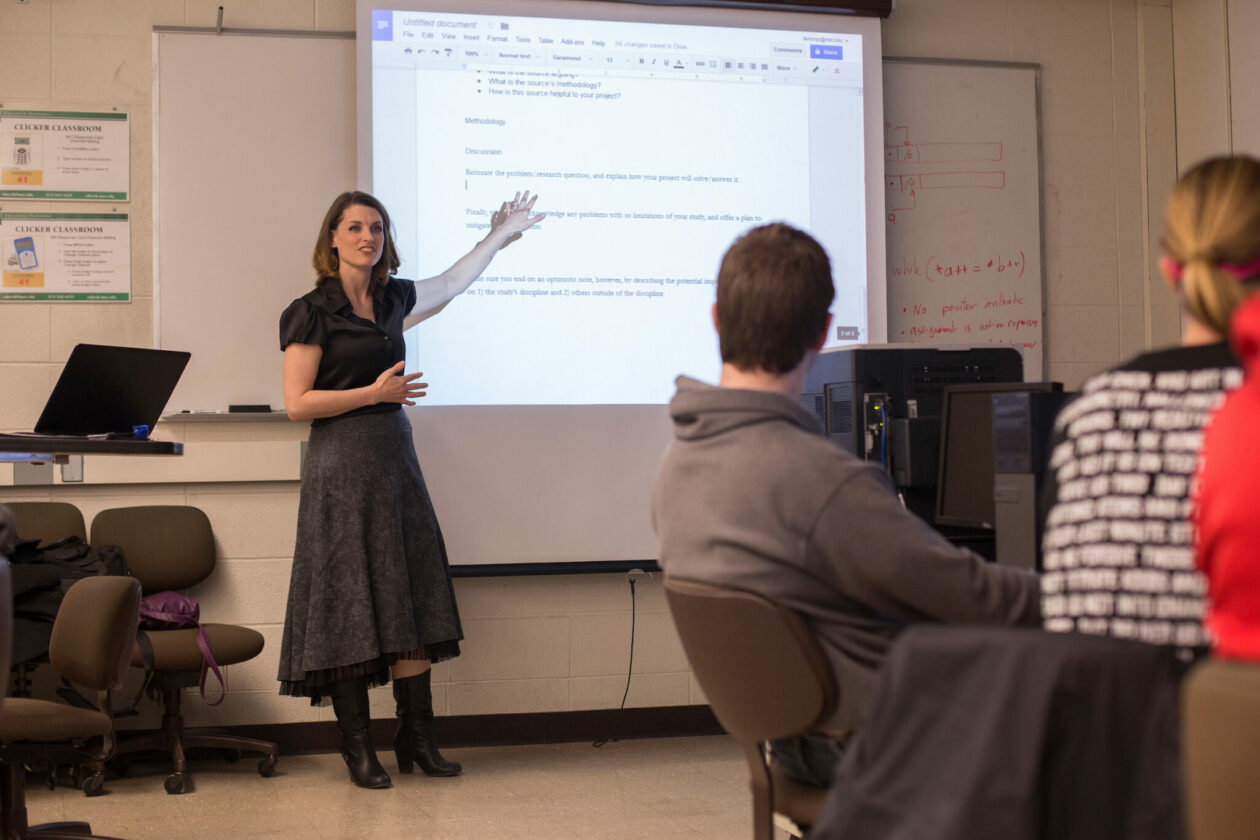 Throughout the spring 2022 semester, department faculty began reaching out directly to any students who struggle with coursework in the introduction-level classes. The faculty offered personalized advising to combat problems the students faced before it was too late in the semester to improve grades.

Dr. Jossalyn Larson and Elizabeth Roberson designed the program, and they discovered that the most common problem was that students often did not feel capable in and out of the classroom. The students were often able to do the work but were not completing and turning it in for various reasons.

“The most common theme we found in our conversations with struggling students was a general lack of self-efficacy,” says Larson, an associate teaching professor in English and technical communication at S&T. “Most couldn’t put a finger on why they were struggling to focus and they were blaming themselves. This translated to a “falling off the map” phenomenon – no matter what they tried, professors couldn’t seem to get their students to respond to outreach, submit work or attend class.”

The professors also discovered that many first-year students’ grade struggles came from a shame of turning in late work or asking for help. Larson and Roberson immediately set to work to help remove shame from the equation. They reached out to students directly and 60% of those who responded were able to bring failing grades up to a C or higher after intervention.

“Students recognized the barriers to success, but they were failing to get help,” says Roberson, an assistant teaching professor of English and technical communication at S&T. “They either struggled to reach out or were unable to locate resources that could assist them. Unfortunately, a bit of a snowball effect seemed to occur; the more behind students got, the more they struggled to reach out.”

The pilot project also surveyed faculty in the English and technical communication department to gather feedback and, based on the responses, began tracking students who were struggling in classes. The faculty embedded tutors in some classrooms to offer more chances for students to seek help with their studying and coursework.

“We would like to see our interventions moved up even earlier to the 4th or 6th week of the semester,” Larson says. “To do so, however, we need to learn more about ‘failure to launch’ symptoms and identifying them can be difficult. Some early symptoms we hope to be able to identify include a lack of motivation and purpose, lack of self-care, resistance to learning outside of comfort zones, and difficulty managing unstructured time.”

On May 24, 2022. Posted in College of Arts, Sciences, and Business, Department of English and Technical Communication, News