Philosophy of the STEM student 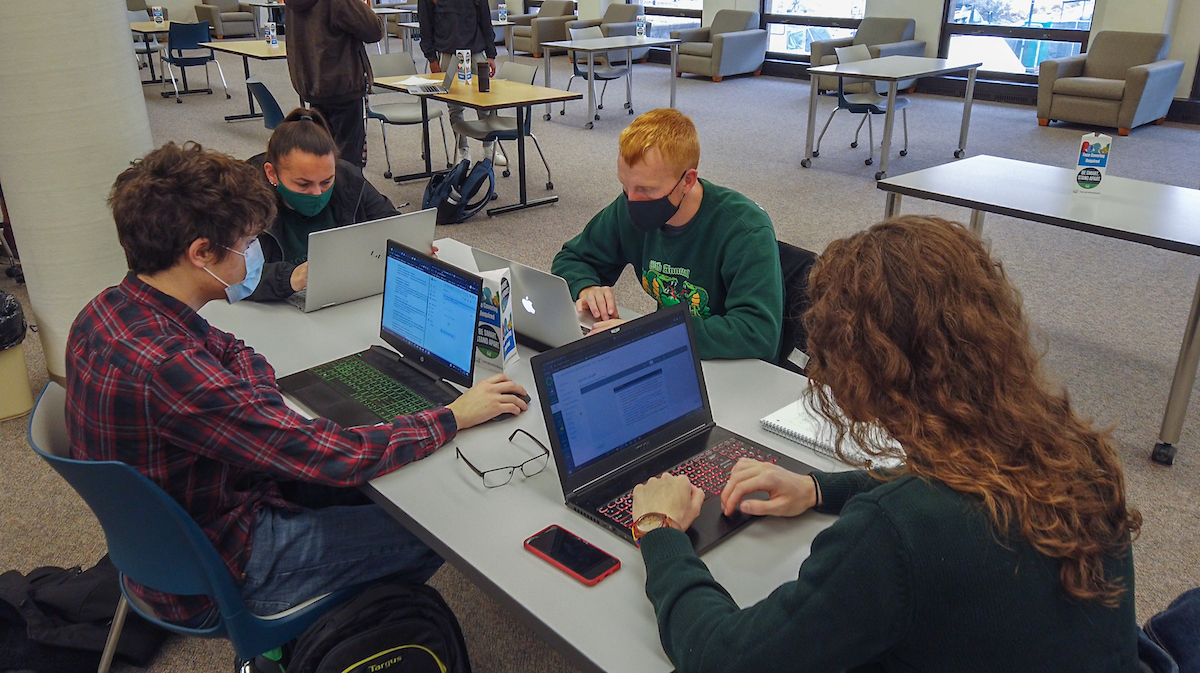 Missouri S&T is known as a top-notch STEM research university. A vital component of that high-quality education is helping tomorrow’s engineers, city planners, computer scientists and others understand the ramifications of their work. Courses and research in philosophy help students think beyond their designs to see their impact on the people around them.

Dr. Shane Epting, assistant professor of philosophy at S&T, says the university can prepare students and create the next generation of pioneers of business, engineering and technology to overcome the world’s challenges.

“I watch the news and read about the issues we’re facing, and it’s depressing. But then I go into the classroom, and I see these brilliant minds,” says Epting. “They are going to be the ones to fix things. It’s humbling to see what they can do. I know they are the ones who can alleviate some of humankind’s hardships.”

Epting says one of the issues he’s learned through engaging with scientists and engineers is that they can look at a data set and see a problem, but then sometimes they must explain why a problem matters to society ethically. Epting says S&T students are receptive to thinking about how worldwide challenges like climate change and equity affect communities.

“I was shocked at how upset they are about issues like climate change,” notes Epting. “They approach ethical problems in the world with the same diligence they do in their other classrooms. It constantly challenges me to step up my game and meet them where they are.”

This fall 2021, Epting will teach a course he created called “Creating Future Cities.” It will focus on all aspects of cities – smart cities, automation, water resource management, etc. He says it will show students how these are all ethical issues that impact most of the world’s people who live in cities now and in the future.

“As Chancellor (Mo) Dehghani says, we are training students for professions that don’t exist yet,” says Epting. “My job is to ready them philosophically to have the mindset that can approach problems that they haven’t even thought of, considering that they will be the ones who will deliver the solutions.”

Epting draws on situations from the past to help students wrestle with moral dilemmas. For example, he points to instances of highways installed in cities that have historically negatively affected marginalized communities. He shows students how advances in technology can deliver outcomes that mitigate those harmful effects.

Dr. Patrick Gamez, assistant professor of philosophy, is also asking students to dig deeper and wrestle with difficult moral questions. He says getting STEM students to take a stance in an ethical debate can be a challenge.

“To get students to care about the sorts of questions that philosophers have and to understand that these are issues that can have real answers is a challenge,” says Gamez. “But I think it’s crucial because these are the people that are designing the structure of our everyday life.”

Gamez says a common reflex for students looking at two competing perspectives in a philosophy textbook is not to take a stance or reach a conclusion. He points out that the sciences teach students definitive answers and give them the tools to understand how the world works from a third-person perspective, which can have the effect of making reflection on ethics and value seem subjective, meaningless or unimportant. Part of the role of philosophy is to articulate a first-person perspective that invites an individual to care, engage and participate.

“Philosophy provides competing perspectives to force someone to make ethical choices and come to conclusions for themselves,” says Gamez. “They have to take a stance they are not familiar with in an ethical setting. The more students can consciously think about their values and stand back and reflect on them, the better off we will all be.”

Gamez has received funding from S&T’s Center for Advancing Faculty Excellence (CAFÉ) for a study of the motivations of engineering and science students and how moral and ethical considerations fit into those motivations.

“If we know what motivates a student, then we can perhaps figure out how to frame these discussions in terms of those motivations to get them to care and take on a stance,” says Gamez.

Making the world a better place

Both Epting and Gamez see that their students are striving to make the world a better place. Gamez says their efforts are admirable and should be encouraged while also fostering critical reflection.

“We had a discussion of whether or not technological progress on its own is synonymous with moral progress and whether it’s ultimately always beneficial,” says Gamez. “How do we think about what it is to make the world a better place? Is it just increasing productivity? Does that outweigh, for example, costs to displaced workers and environmental damage?”

Gamez and Epting both say that their job is to work with STEM practitioners and help them reflect on the social impact of their disciplines in ways they may not be prepared or inclined to do.

“Making the world a better place is noble,” says Gamez. “But the big picture starts with the impact of their design choices.”

On February 22, 2021. Posted in College of Arts, Sciences, and Business, Department of Arts, Languages and Philosophy, Missouri S&T, Missouri University of Science and Technology, News

One thought on “Philosophy of the STEM student”