A pioneer of integration 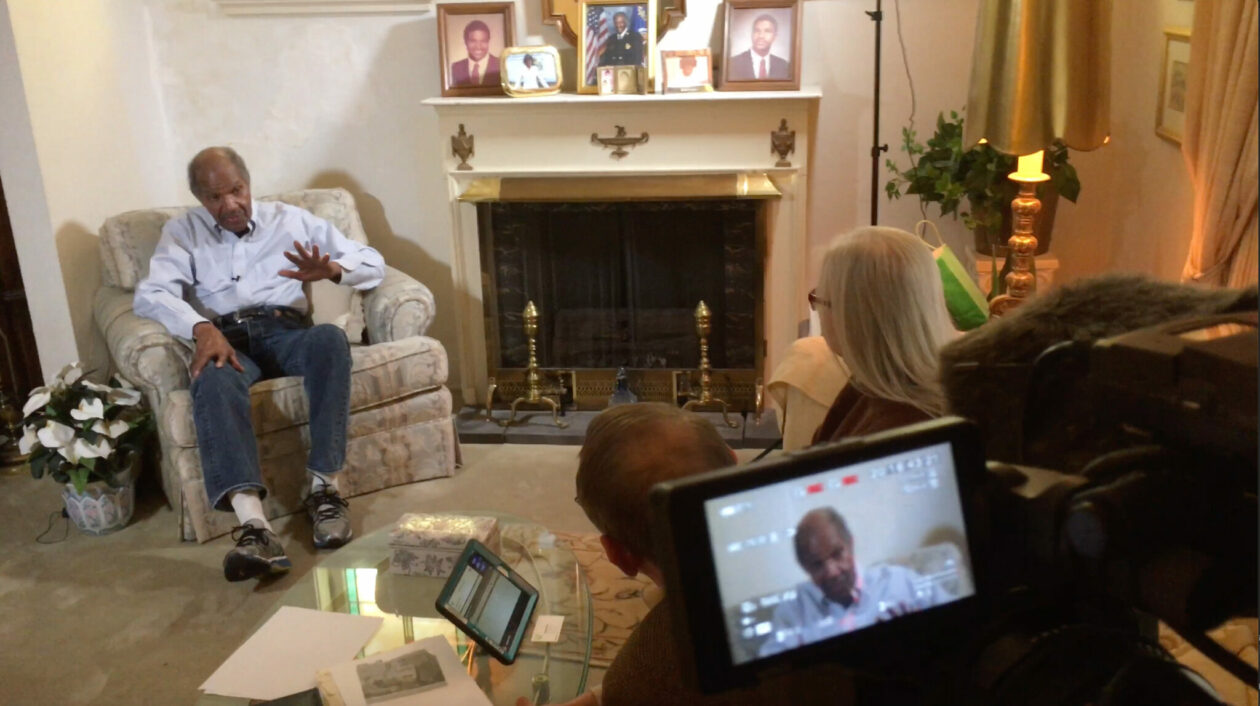 There have to be pioneers to start an integration movement. For Missouri S&T, those pioneers were George Horne and Elmer Bell Jr. Although neither earned degrees from S&T, Horne and Bell were the university’s first two Black students.

As historian Larry Gragg notes in his book, Forged in Gold: Missouri S&T’s First 150 Years, S&T was a much different place when Horne and Bell enrolled in 1950. Back then, the Rolla community and schools were still segregated, and the city had only 42 Black residents. Horne and Bell had no trouble with their professors, but the bigotry they encountered in the community led them to transfer to the University of Missouri-Columbia after their first semester.

Since 1950, S&T has made great strides toward a goal of being a welcoming place. “The campus has yet to fully reach the ideal of a place where all feel ‘not just welcomed, but valued,’ but over time it has become more accepting of people who were not white straight males born in the United States,” Gragg wrote in Forged in Gold. “Most Miners in the 21st century understood that accepting diversity was in the best interests of the institution because it enabled S&T to draw upon all people who could contribute to building a stronger university. That acceptance also provided an opportunity for students to learn in a more diverse environment, which helped prepare them for a work place where they encountered people who were unlike them.”

Read on for an excerpt from Gragg’s book. Forged in Gold is available from The S&T Store.

“Such was the situation facing George E. Horne and Elmer Bell Jr. when MSM admitted them as the campus’s first Black students. Although he had won his suit against the University of Missouri, Lloyd Gaines never attended as he disappeared soon after the Supreme Court’s decision. Other students had sought admission to the University of Missouri and MSM to no avail. For example, in summer 1948, MSM Registrar Noel Hubbard, citing Missouri law stipulating that Black residents had to attend Lincoln University, rejected an application from Charles Brantley, a graduate of Sumner High School in St. Louis and a student at Stowe Teachers College (now known as Harris- Stowe State University) in St. Louis.

With the assistance of NAACP lawyers Sidney Redmond, Henry Espy, and Robert Witherspoon, Horne and Bell, both students at Sumner High School, sought admission to MSM to study engineering. After Hubbard rejected their applications, the lawyers filed suit on their behalf in Boone County Circuit Court. The University of Missouri board of curators had hoped that state legislators in 1949 would pass a law admitting Black students. Because that had not happened, with Redmond’s approval, curators, through their attorneys, sought and received a declaratory judgment from Cole County Circuit Court Judge Sam Blair in summer 1950 requiring that MSM admit Horne and Bell and that the University of Missouri admit Gus Ridgel to the graduate program in economics.

This was not a complete victory for Black students. The judgment affected only students seeking admission to programs of study not offered at Lincoln University. All barriers dropped following the U.S. Supreme court ruling in the 1954 Brown v. Topeka Board of Education decision, which declared racial segregation in public schools unconstitutional.

Horne and Bell arrived in Rolla in time for freshman orientation week and found accommodations in the campus’s first dormitory. However, the cafeteria was not open that week, and when they tried to get a meal downtown, they encountered Rolla’s segregation practices. Not only were they not admitted into the restaurant, but also they learned that the restaurant owner called Dean Curtis Laws Wilson to instruct him to keep the Black students away from his business. Horne and Bell had to buy food at a local grocery store for that first week. Because the dormitory had no air conditioning, Horne and Bell left their door open and had to endure, as Horne recalled, “cat calls and the N-word” from white students.

In March 1950, a poll among MSM students revealed that 78 percent “voted in favor of admitting Negroes to MSM,” but clearly it was another matter for MSM’s white students to accept living in a dormitory with Black students.

When Horne and Bell expressed an interest in playing football at MSM, Coach Gale Bullman told them to “come on out.” Bell and Horne were both on the junior varsity football team, and Horne was on the basketball team, becoming the first Black students to play in intercollegiate sports for a public college or university in Missouri.

While they had no difficulties with their professors, Horne and Bell grew weary of the stifling bigotry they encountered in the community and decided to transfer to the University of Missouri campus, knowing that there was a larger Black community in Columbia. They remained in school there until drafted during the Korean War.

5 thoughts on “A pioneer of integration”