The game of bias 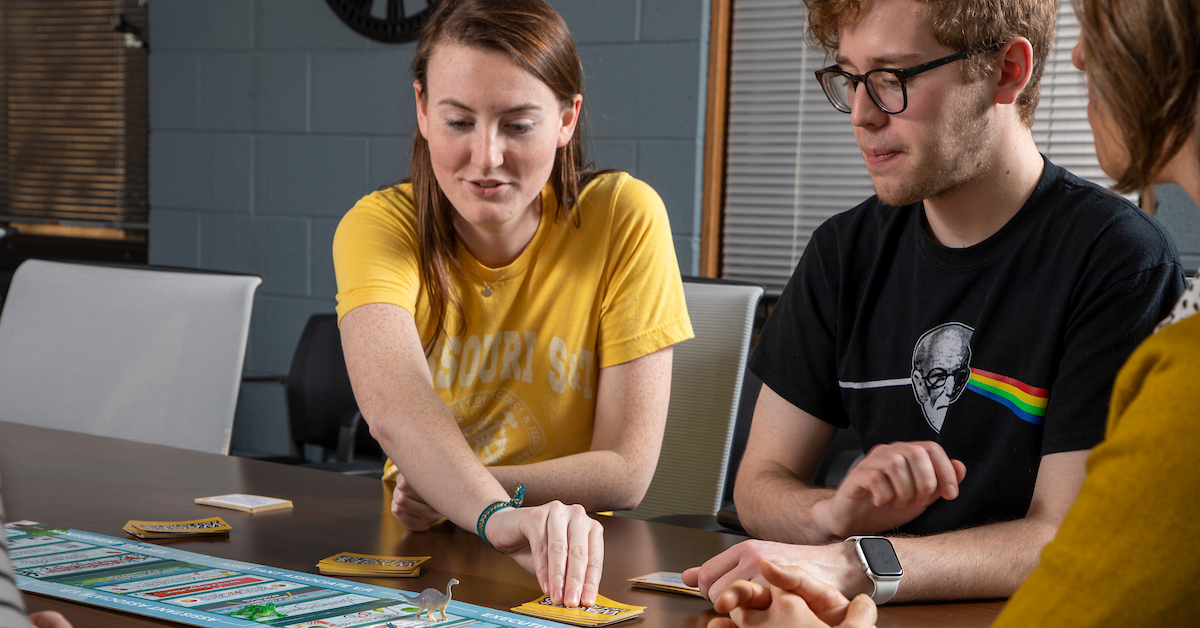 Playing WAGES: Race to the Top with Jessica Cundiff (far right) are Rudi Starek, (left) a senior in technical communication and Tim Kruper, a 2020 psychological science graduate and research assistant on the project. Photo by Tom Wagner, Missouri S&T.

Teaching about hot-button topics like gender bias can be a challenge because those topics often threaten the way students view themselves and provoke defensiveness.

To help overcome the challenge, Jessica Cundiff, an assistant professor of psychological science, in collaboration with Leah Warner, an associate professor at Ramapo College of New Jersey, developed a game to teach students about gender bias in a way that is interactive, engaging and non-threatening.

“Drawing on experiential learning methods that engage students in a first-hand experience allows them to construct knowledge on their own through discovery and reflection, rather than merely being passive recipients of information,” Cundiff says.

The game concept was originally developed by Stephanie Shields, a professor of psychology at Penn State University, Cundiff says. The original version targets faculty and administrators, but the new version Cundiff and Warner developed targets students.

“The object of the game is to climb the corporate ladder to be the first player with CEO status and a corner office,” Cundiff says. To advance, participants draw cards describing issues that contribute to gender inequity, like gender role expectations, salary, mentoring, workplace climate, and token status.

At the end of the game, players participate in a structured group discussion that reveals how the game represents the experiences of women and men in the workplace. The discussion also includes how gender bias intersects with racial bias and other forms of bias.

Each game card is based on published, peer-reviewed findings of gender bias, so instructors use psychological research to emphasize the five key learning objectives of the game:

“Our ultimate goal is to make the game widely available for instructors to use in their classrooms,” Cundiff says. “We hope to offer a low-cost do-it-yourself option that instructors can print on their own printers, as well as an affordable high-quality professionally printed option.”