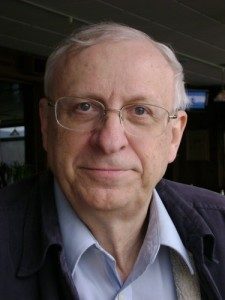 Markowsky is founding chair of the computer science department at Maine, where he’s been a faculty member since 1984 and initially led that academic unit for six years. He subsequently served two more stints as computer science chair, along with a two-year appointment as chair of the mathematic and statistics department and a two-year term as associate director of the School of Computing and Information Science.

In Maine, Markowsky worked with counterparts in Eastern Europe to launch the American-Ukrainian School of Computer Science, where he served as founding dean. He spent a year as a visiting professor at Rensselaer Polytechnic Institute’s Lally School of Management and created two business ventures: a computer software company and consulting firm that collaborated with the U.S. Department of Labor and a company formed to promote the redevelopment of a former textile mill site on a 62-acre island as a research park.

“Dr. Markowsky has substantial experience in leading academic programs, including international efforts,” says Dr. Richard K. Brow, vice provost and interim dean of the College of Engineering and Computing and a Curators’ Distinguished Professor of ceramic engineering. “His interests in cybersecurity and software development are an ideal fit for the strategic research direction of our computer science department. I’m delighted that he has accepted this position, and welcome George and his wife Linda to Missouri S&T.”

Outside the classroom, Markowsky was founding president of the Maine Software Developers Association. He serves on the board of a local nonprofit working to bring high-speed internet to the communities surrounding the university and consults internationally on emergency preparedness initiatives.

“I am excited to lead such an outstanding department and greatly look forward to working with its students and faculty,” Markowsky says. “I plan to help strengthen the department’s existing efforts while also looking to develop new programs at S&T, as well as enhance its expertise in emergency management and homeland security.”

Markowsky began his career as a research scientist and special projects manager at the IBM Thomas J. Watson Research Center in Rochester, N.Y. He received a bachelor of arts in mathematics from Columbia University as well as a master of arts and doctoral degrees in math from Harvard University.

Markowksy succeeds Dr. Sajal Das, who will remain on the Missouri S&T faculty.

“Dr. Das’ contributions to our computer science department are very much appreciated,” says Brow. “During his time as chair, student enrollment in the department increased significantly, as did departmental research expenditures and other measures of faculty research productivity.

“As the Daniel C. St. Clair chair of computer science, Sajal has done important research on wireless and sensor networks and mobile computing that has led to recent advances in wearable tracking technologies. I look forward to the new breakthroughs to emerge from the research he and his students continue to undertake.”