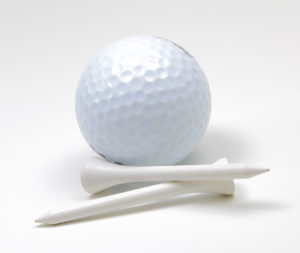 The Miner Golf Course at Missouri University of Science and Technology will close at the end of the current season, which concludes on Tuesday, Feb. 28. The closure will result in a cost savings for the university and allow student activity fees currently dedicated for golf course operations to be redirected to recreational facilities that are of greater interest to students – something Missouri S&T students have requested.

In late 2015, a group of students approached student affairs staff to ask for different recreational facilities.

“In spring 2016, we started gathering student input,” says Jim Murphy, associate vice chancellor for student affairs at Missouri S&T. “What we learned is that while some students do use the golf course, most would prefer to spend their student activity fees in other ways, to accommodate more students.”

University officials continued to gather student input throughout the spring semester and began incorporating their suggestions into Missouri S&T’s ongoing Campus Master Plan discussions in fall 2016. In early 2017, the campus held an open forum to discuss options for the golf course, allowing faculty, staff, students and the community to share their thoughts.

The golf course land has been plotted for business development since 2009, when a portion of the land was incorporated into Innovation Park and construction of the Technology Development Center began. The university’s driving range was closed to make way for the project.

Since 2009, the golf course, which was designed to be a self-supporting operation, has required a subsidy from the university. Due to low demand and the removal of the revenue-generating driving range, that subsidy has totaled nearly $100,000. Part of that subsidy comes from student activity fees and part from student affairs funds.

“We were at a crossroads,” says Walter J. Branson, vice chancellor for finance and administration at Missouri S&T. “To keep the golf course open would have required improvements to the facility that would result in a significant investment.”

Campus golfers will still have an opportunity to play in Rolla. Oak Meadow Country Club is offering a series of packages to Missouri S&T faculty, staff and students.

OMCC had already entered into an agreement with the Missouri S&T athletics department to provide facilities for S&T’s golf teams to practice and host tournaments.

The closing of the S&T golf course has no impact on the university’s golf team because the course doesn’t meet NCAA requirements. The NCAA requires its teams to play on an 18-hole course. Missouri S&T’s course has only nine holes. The university is currently recruiting members for its men’s and women’s golf teams and will begin its first season in fall 2017.

Later this spring, construction will begin on a parking lot to be located on the northwest corner of the golf course property. This lot will provide parking for approximately 50 information technology staff members who will move their offices to a portion of the former Mercy Medical Building that S&T has leased from Phelps County Regional Medical Center. That move, scheduled to take place this summer, will free up their current offices in the Computer Science Building, Harris Hall and the Interdisciplinary Engineering Building to be used for academic purposes, which is a key component of Missouri S&T’s Campus Master Plan.

Information gathered throughout this process is being incorporated into a preliminary update of the Campus Master Plan, which will be presented to the Board of Curators for approval at the board’s April meeting at Missouri S&T.

The campus’ turf-covered intramural fields, completed in fall 2014 following construction on Missouri S&T’s geothermal energy system, have been widely used by student groups, as has the Student Recreation Center. Expansion of one or both of these facilities is under consideration, as is construction of a new driving range.